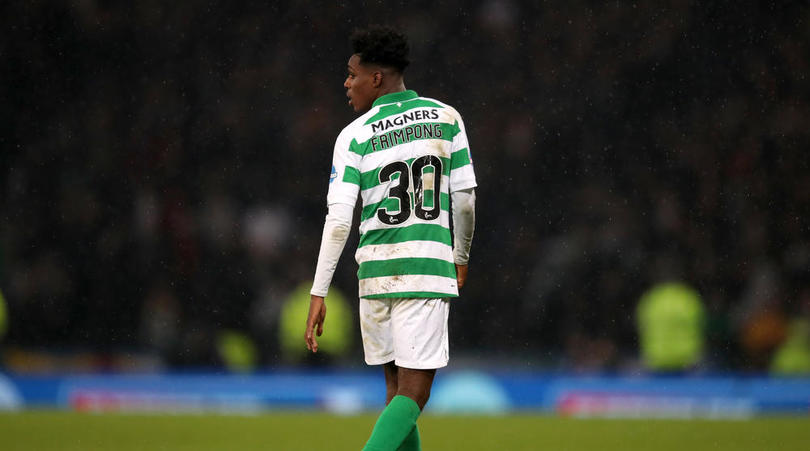 Celtic right-back Jeremie Frimpong confesses he had a panic attacks in the dressing room after being sent off in Celtic’s enthralling Betfred Cup final win over Rangers.

The under-pressure Hoops took the lead against the run of play in the 59th minute when defender Christopher Jullien steered in a Ryan Christie free-kick.

Frimpong, was a relieved man and said: after the game

“Oh my days. When you get sent off like that, I was inside panicking. It was the  worst feeling ever."

“Every time Rangers got the ball I was just panicking.

“The time was going so slow but the team held it through and I am buzzing obviously.

“Chris went to clear it, it ricocheted off someone and Morelos was through on goal.

“Obviously my natural instincts was to put him off a little bit because he was through on goal, all he had to do was a tap in.

“Fraser is unstoppable. I love him. He saved me.”