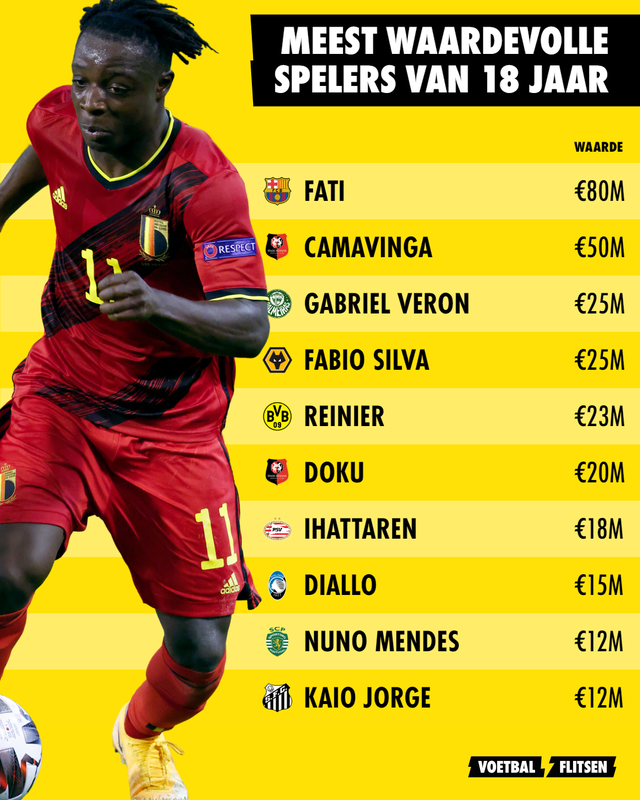 Of all eighteen-year-old players, Red Devil Jeremy Doku can call himself the 6th best of all, at least if it depends on market value alone.

Rennes completed the signing of Jeremy Doku from Anderlecht this summer, wrecking Liverpool’s bid to sign the talented youngster.

Doku had two years left on his deal with Anderlecht and had emerged as a transfer target for Liverpool.

Capped five times and scoring once for Belgium, the teenager is expected to have a stellar career in the game.

In the French Ligue 1 this season Jeremy Doku has played four games and started three, he is yet to score for Rennes.