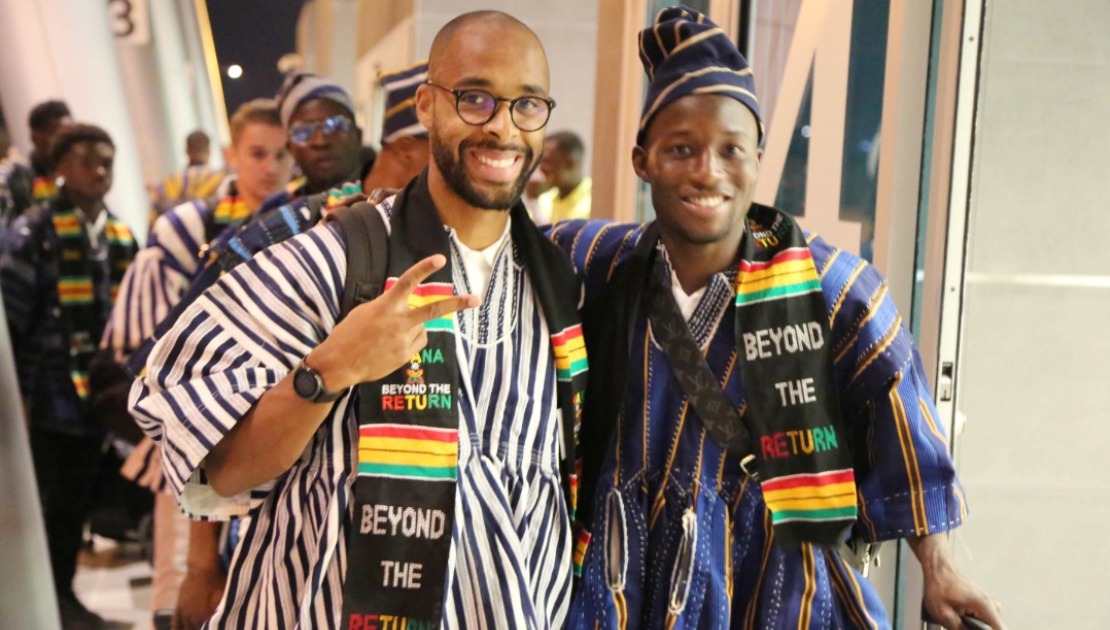 If there’s one thing the Kurt Okraku-led Ghana Football Association (GFA) does flawlessly, it’s the careful, deliberate work to position itself well in the minds of football-loving Ghanaians.

Some have derogatorily called them a "Public Relations GFA", and granted that’s true, it’s a recognition of their sustained determination to make us believe they’re doing beautiful things with our football.

And truly it was beautiful when the Black Stars arrived in Qatar on Friday in fashionable, traditional style,  acknowledging our origins and culture, and earning tons of plaudits from fans not just in Ghana but also worldwide. In their well-sewn, quality smock, the Black Stars captivated fans in Qatar, many of who had headed to the team’s hotel hours earlier to give a befitting Ghanaian welcome.

Some would be disappointed over the long wait, about six hours, but certainly not with the team’s outfits as that dominated real and virtual conversations once the team landed safely at their base for the World Cup. GFA publicists  tried to shed light on the Black Stars’ choice of dressing at such an august moment. “Ghana is a nation with a variety of cultural traits. Our geography primarily determines our culture” Sheik Tophic, a journalist at the GFA wrote.

“The smock – Fugu – is a dress code attributed to the people of Northern Ghana. It is worn on solemn occasions and represents strength, courage, and leadership. Today, [we] wear Fugu daily to harness its attributes. As a regal garment, leaders wear Fugu for battle”. And we’re at the battlefront even if pundits don't tip us to be impressive.

We aren’t in Qatar for a fashion show. We as well haven’t gone to the FIFA World Cup for a cultural display but as a global football festival, there’s a good for place things that make us who we are as a people and as a nation. What we wear and for which occasion is one of them. Leading Ghanaians from home and abroad, the GFA scored a fantastic goal with the team’s fashion choice for arrival.

The rave reviews the Black Stars have had remind me of how Nigeria "won" the FIFA World Cup Russia 2018 with their jersey and its design even before they kicked a ball. Nigeria is absent but Ghana, present with other African countries — Cameroon, Senegal, Egypt, and Morocco, have started winning off the pitch. May our matches be as nice as our fashion and further, evoke joy in the hearts of millions of Ghanaians.