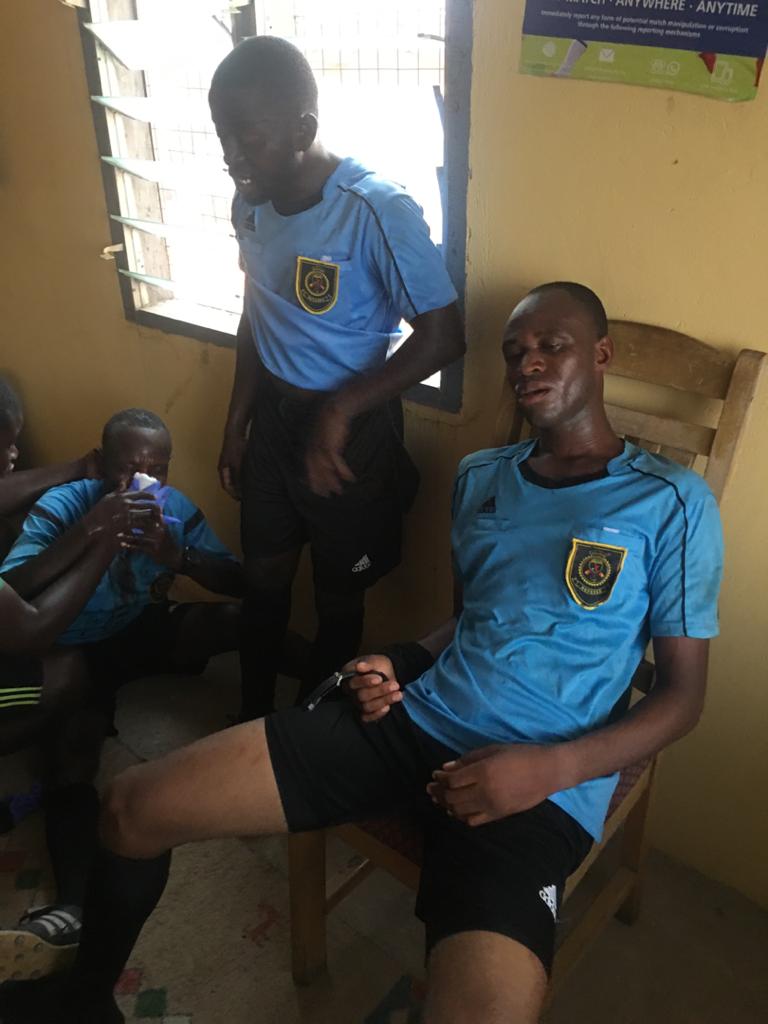 It is not enough to train referees. It amounts to nothing to organise integrity seminars for them, purchase kits and equipment for them, improve their stipends, transport them in luxurious STC coaches, ensure they sleep in decent hotels; trumpet these positive steps in the media only to have them return home or to their families beaten to a pulp with their lives in great danger.

This is the message I send to the Kurt Okraku-led Ghana Football Association (GFA). Sloganeering, to me, is always a throwaway rag if leaders will not take practical steps to back whatever they proclaim in slogans. It is disappointing that the Kurt administration, to an extent, appears preoccupied with looking good in the media than attending to things that portend danger to the game they want to create wealth from and for all.

Violence is one of those things. In his well-articulated Game Changer manifesto, Kurt, (and I will not personalise this) vowed to create a “culture of stadium going”. For this to happen, his word was to make the stadium a “safe” habitat for fans so they could “take their kids” to matches (see Game Changer, Ghana Football Today, Supporters, page 31).

A little over a year into his reign, my summary inference not only show a manifestly, indecent love affair of violence at match venues, there is also a depressing portrait of disorder. The unpleasant of situation of insecurity cuts across the various tiers of our game. From the GPL, transiting to the Division One League and straddling unfortunately to the Women’s League, referees are being beaten cruelly by rowdy fans – some of who have been shot and wounded.

That cannot be a game-changing tactic, the GFA must know. I liked, to a degree, how the Disciplinary Committee dealt with Asante Kotoko on the Jan. 12, 2020 violence at the Baba Yara Stadium, which saw a fan tragically losing an eye from a reckless police gunshot. But, how many Kotoko fans, even if unjustifiably, still do not believe the GFA’s swift response was perhaps as a result of the involvement of the perceived ‘hated’ club?

I will not crowd this piece with many examples to buttress my point. Any ardent follower of the domestic game will not dispute the claim of increasing and worrying, dastard cases of violence in our game but three examples suffice. In all, you do not see any concrete remedy to considerably immobilise the vexatious, venomous serpent of violence.

It is rather being fed fat with inaction. Evaluate the examples. Referee Eric O. Prempeh on Feb. 21, 2021 was attacked by Elmina Sharks fans when they hosted Medeama in the GPL. Until March 25, summons was not issued. If it took a month to summon Elmina Sharks; what hope is there for police arrest of the culprits who were their supporters?

You can expect GFA summons in a month’s time but do not be hopeful of police arrest and/or anything the law prescribes in such a situation. It will not happen and that, in fact, is the crucial aspect of the fight against violence the GFA is terribly losing if it has not already lost. In Ghana football, sorry to say, you can get away with anything violent.

The Kurt administration must be worried. They must show greater commitment to deal with violence. It is not enough to visit the IGP upon assumption of office as GFA President and later look on as fans lawlessly subject referees to physical, life-threatening abuse. Team up properly with the police to act on violence.

Arrest, prosecute and jail hooligans. It will be the start point to addressing the menace. Do not wait for people to die in the name of the game, only to congregate in sackcloth to express condolences, read meaningless tributes, and yet again, pay grand lip service to the menace. It kills the game. Kill the serpent of violence instead, Kurt.