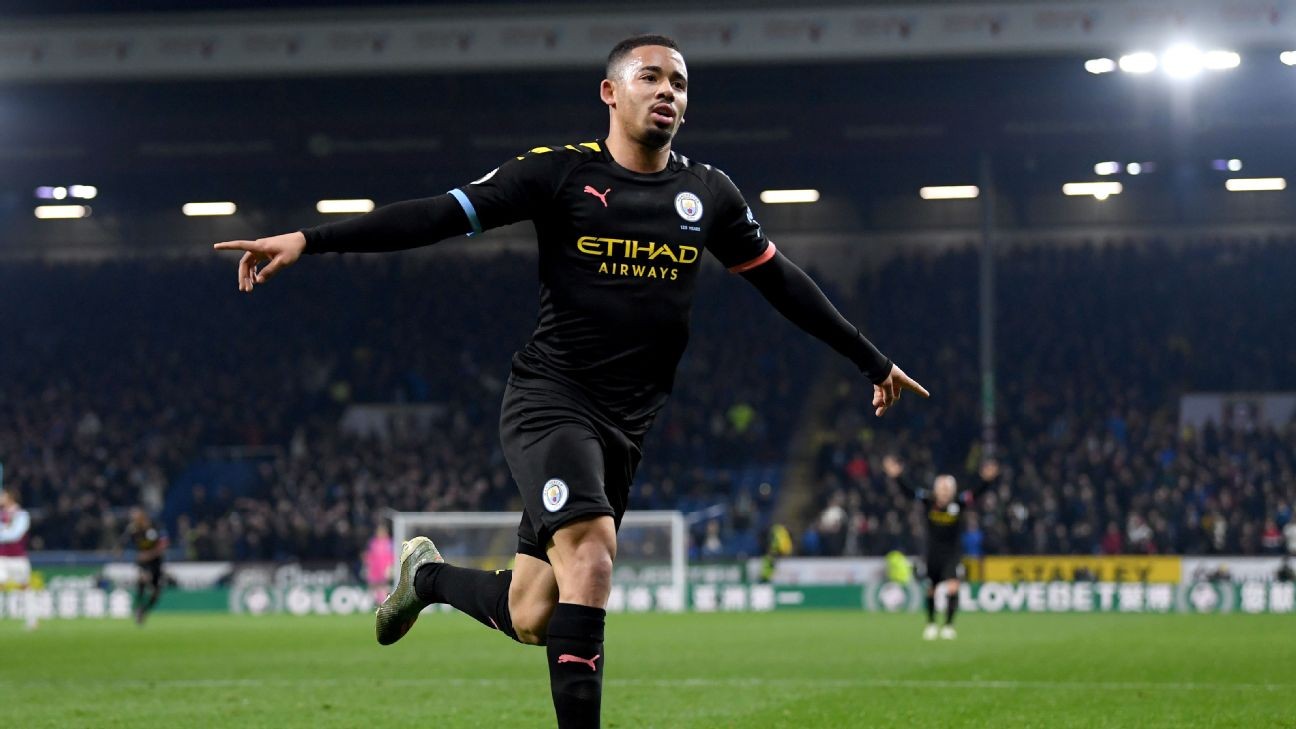 Ale Moreno reacts to Pep Guardiola's decision not to add to Manchester City's squad in the winter window.

Manchester City closed the gap - at least for one night -- with Liverpool to eight points with a 4-1 win over Burnley at Turf Moor.

A double from Gabriel Jesus and goals from Rodri and Riyad Mahrez helped City bounce back from their draw with Newcastle and exert some pressure on Jurgen Klopp's Premier League leaders ahead of their game against Everton on Wednesday.

Jesus, deputising for the injured Sergio Aguero, put City ahead in the first half with a curling effort into the top corner, before volleying in Bernardo Silva's cross to make it two five minutes after half-time.

Rodri's second goal for the club, lashed in from the edge of the area, made it 3-0 on 68 minutes before Riyad Mahrez came off the bench to score a fourth three minutes from time. Robbie Brady's late goal for Burnley was the only blemish for City, who leapfrogged Leicester into second in the table.

Jesus scored for the first time October with a wonderful right-foot finish whipped into the far corner and then an instinctive finish at the back post. It was a well-timed return to form with Jesus set to lead the line again when Manchester United visit the Etihad Stadium on Saturday. Sergio Aguero's thigh injury is likely to rule him out for at least the next game and the responsibility in front of goal will fall to the Brazilian

It is a minor gripe when you've won 4-1 but Pep Guardiola will be unhappy not to come away from Turf Moor with a clean sheet. The game was done and dusted at 4-0 with just a couple of minutes to go but a lapse in concentration allowed the Republic of Ireland international, Brady, to score a late consolation and extend City's run of conceding at least one goal to eight games.

7 -- The City boss chose to drop John Stones and bring back Nicolas Otamendi in an attempt to deal with Burnley's physical threat. It worked, and the visitors barely conceded a chance until the final minutes when Brady beat Ederson from 10 yards.

GK Ederson, 6 -- Alert to a Dwight McNeil free kick that got up and down over the wall but didn't have much else to do.

DF Kyle Walker, 7 -- Defended well and gave Burnley a problem when he pushed into midfield alongside Rodri to give City an extra outlet in the middle.

DF Angelino, 6 -- His delivery could have better into the box but didn't give the home side anything down the left.

DF Nicolas Otamendi, 7 -- Handed his first league start for two months, he was asked to deal with the threat of Chris Wood and he did it well enough that the Burnley striker was substituted after an hour.

DF Fernandinho, 7 -- Probably thankful that Sean Dyche did not start with both Wood and Ashley Barnes. Left the physical stuff to Otamendi but passed the ball well.

MF Rodri, 7 -- On the bench against Newcastle but back in the team here. Scored a screamer from the edge of the box to make it 3-0.

MF David Silva, 7 -- Busy around Burnley's penalty area and was involved in the goals without doing anything spectacular.

MF Kevin De Bruyne, 8 -- Wonderful driving run after collecting the ball from Ederson in the build up to City's opener. At the centre of most things City did well.

FW Bernardo Silva, 7 -- Tested Nick Pope with a good strike from the right-hand side of the box and later made Jesus' second goal with an inviting cross that the Brazilian latched on to.

FW Raheem Sterling, 6 -- Would have scored in the first half but for a fantastic save from Pope and was substituted in the second when the result was wrapped up.

FW Gabriel Jesus, 8 -- Scored his first goal in nine games and it was a belter to give City the lead after 24 minutes before doubling his spoils after the break.

FW Riyad Mahrez, N/R -- Came on late for Sterling and managed to get himself a goal.

DF Eric Garcia, N/R -- The Spaniard made his fourth appearance of the season with a late cameo.