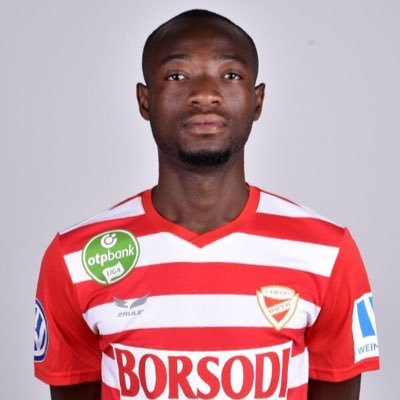 Ghanaian international Joachim Adukor has been handed his medals after playing a key role for FK Sarajevo to emerge as winners of the Bosnian top-flight league last season.

The midfielder was instrumental for the side when they finished the previous season by winning the double.

During that campaign, he was left to watch games from the stands in what appeared to be punishment for his refusal to extend his contract at FK Sarajevo.

After featuring in 15 games for the club, he did not receive his medals for the cup triumph at the end of the season.

That has now been resolved with respect to the rules governing the Bosnian top-flight league which stipulates that Joachim Adukor is qualified to receive the winners medals of both the league and the FA Cup won last term.

Now playing his club football with Diósgyőri VTK in the Hungarian First Division, the Ghanaian has finally received his medals as he confirmed it with a post on his Twitter handle. 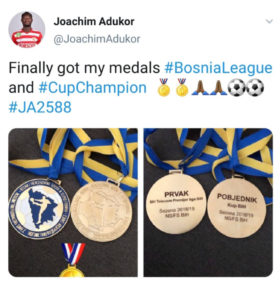