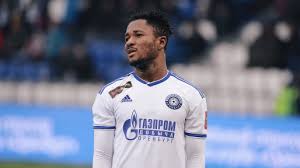 Russian side Orenburg were scheduled to battle Krasnodar in the Russian Premier League but forfeited the game after six  of their players and two of their backroom staff members tested positive for COVID-19.

This is a major blow for the Russian League as it only returned the previous week. The competition was suspended in an effort to battle the deadly coronavirus.

Joel Fameye and his team mates will have to wait to make another appearance in the competition. Orenburg issued a statement to confirm the unfortunate circumstance.

“The club won’t put either the fans or the participants in any danger. We have decided against fielding the reserve team too,” the statement revealed.

The 23 year old forward has scored five goals in 20 league appearances this season.