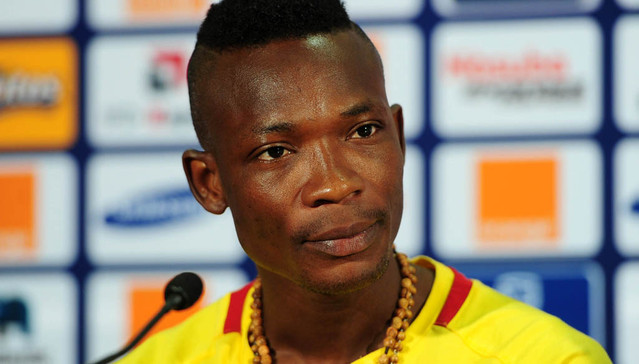 In 2013 John Paintsil was held in Police custody for assaulting his wife and beating a neighbor, who tried to save the situation.

The ex-wife, Richlove Paintsil was reported to have jumped the Trasacco wall to her neighbour, ostensibly to escape the assault of the husband but Paintsil was alleged to have followed into the neighbour's house and handed a few slaps to the man holding the wife. It was reported that the wife went unconscious after sustaining serious injuries to her eye.

The former west ham defender denied allegations of dating Shatta Michy has final found someone he wants to marry again,

He said “My kids are outside the country, I’m about to marry, have found someone I want to marry”, asked if he will do things differently this time, the 37-year-old said, well I won’t say things differently, I will still be myself, when you growing experience comes and you go to change things you think is not right in your life and you move forward.

“Before a woman gives you a chance to marry her, she needs to give you a chance and not because you are the perfect man for her,

He emerged as one of the standout players for the Black Stars as they became only the third African country to reach the quarter finals of the Mundial- this remains as an African record.