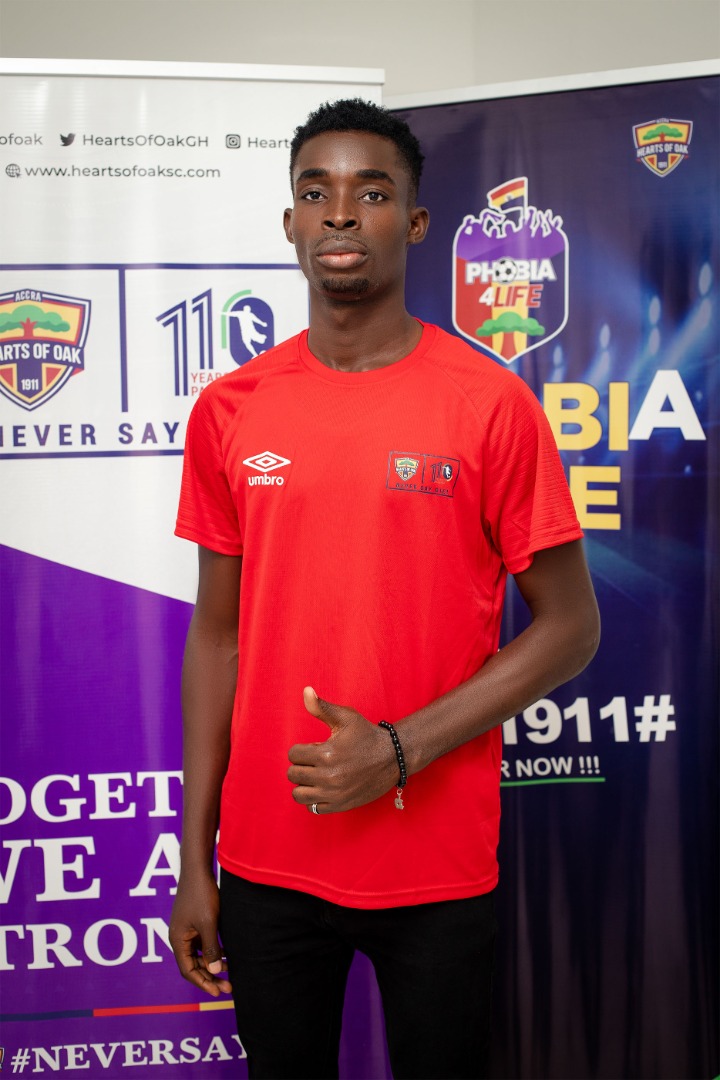 Wisdom Bumekpor has spoken for the first time after signing for MTN FA Cup winners Accra Hearts of Oak on a five year contract.

The Phobians made the announcement on their official social media platforms on Saturday 6th August.

Speaking to Hearts of Oak media after signing his contract Bumekpor said “It is a dream come true to play for the biggest club in Ghana and for that matter one of the best in Africa. It is a huge jump for me,"