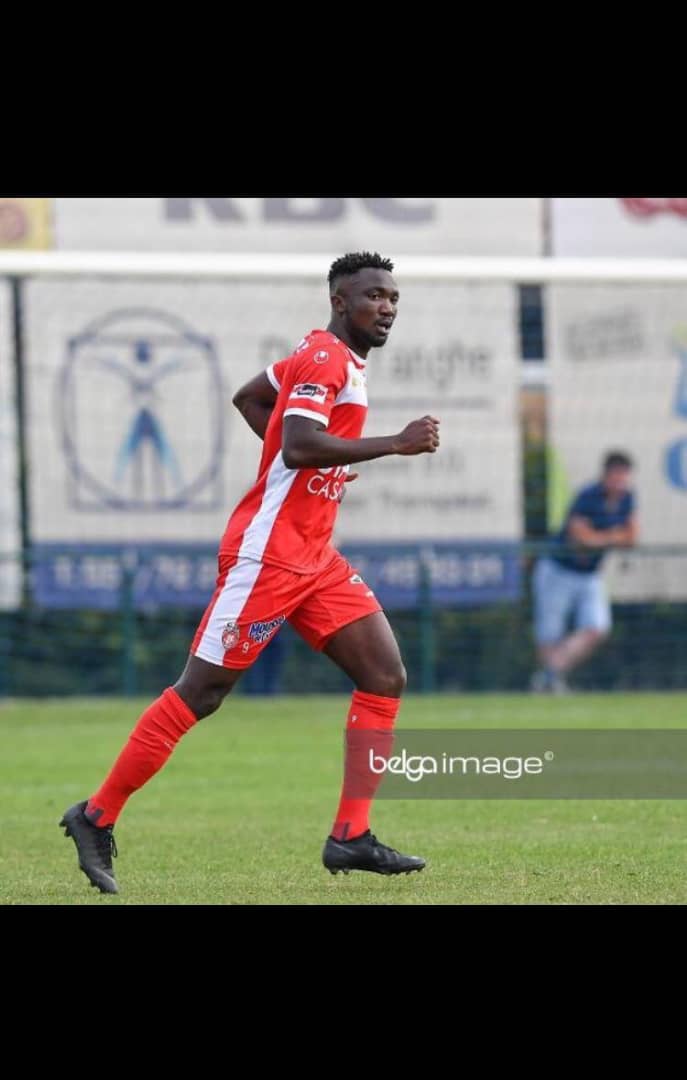 Ghanaian international Jonah Osabutey has indicated that he is aiming to bang in more goals for his Royal Excel Mouscron side as the Belgian Jupiler League progresses.

The forward is currently enjoying a good start to the 2019/2020 season and has established himself as one of the key men in the set-up of his club.

He was called upon to feature for Royal Mouscron over the weekend when they made the trip to the Luminus Arena to play as guests to KRC Genk.

After a good 90 minutes of soccer action, the defending champions triumphed by posting a 2-1 win over the away team.

Jonah Osabutey gave his side the lead just five minutes after resuming the second half on the back of a goalless first half.

They could however not hold on to the lead and allowed Genk to overpower them with a brace from Paul Onuachu.

Speaking in an interview after the match, Jonah Osabutey shared, “I want to score more to help the team”.

Royal Excel Mouscron currently sits 8th on the League standings and needs to ensure they amass more points after the international break to enhance their chances of climbing up.