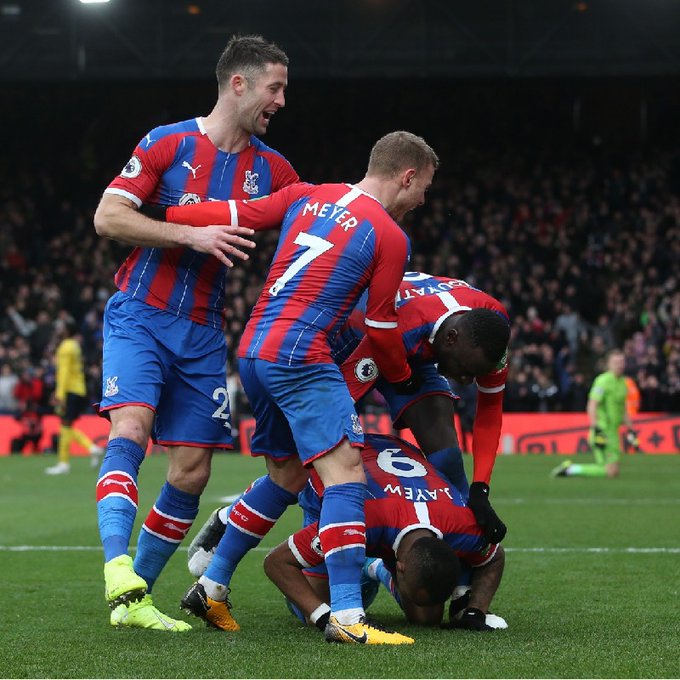 Black Stars and Crystal Palace striker Jordan Ayew has become the second Ghanaian with the most goals in the English Premier League after scoring against Arsenal today.

The forward who has been in devastating form since the season started was handed another starting role by manager Roy Hodgson when the Eagles welcomed the Gunners to the Selhurst Park earlier in the afternoon. Ayew was in his usual elements and scored with a deflected shot to cancel out a strike from Pierre-Emerick Aubamenyang that had put Arsenal in front in the first half.

That equalizer has lifted the striker over his brother Andre  the Dede onAyew on  of the rankings of Ghanaian players with the most goals in the English Premier League.

He is now in second with 22 goals after making 121 appearances. The only Ghanaian player with a better record is the Legendary Anthony Yeboah (24 goals in 41 appearances) who played for Leeds United.

Below is the top five Ghanaian goalscorers in the Premier League: