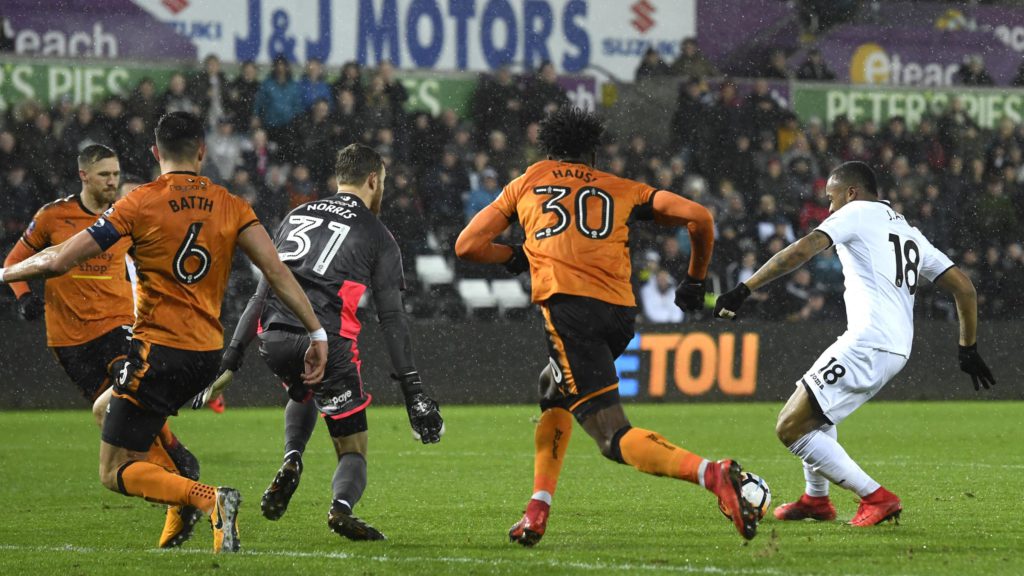 Swansea defeated Wolves 2-1 at the Liberty Stadium to book a place into the next stage of the FA Cup competition.

Jordan danced past a number of Wolves defenders before beating keeper Will Norris to open scoring in the game.

Ayew was excited with the goal and couldn't hide his joy after helping the side reach the next of the competition.

"I am very excited with the goal, it is always a great feeling scoring," he said

"The most important thing is that we are through to the next stage of competition and i am happy for that."

It was Ayew's fourth goal in his last seven games to set the Swansea on the path to the fourth round.