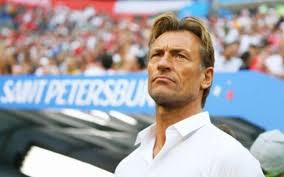 Former Ivory Coast head coach Herve Renard has noted that Jordan Ayew is improving as a player and is the future of the Black Stars side.

The 28 year old has been magnificent for Crystal Palace this season, scoring 8 goals in the Premier League. A number of fans believe that the Ghanaian deserves to be the team's best player this campaign.

He also showed signs of improvement in national level, sparkling in the 2019 Africa Cup of Nations. He has now scored 16 goals for the senior national team in 58 appearances.

Renard believes Asamoah Gyan is the past and Jordan is now the future of the national team.

“Asamoah Gyan now is the past and Jordan is the future,” he told Juliet Bawuah.

“He is improving because it’s not easy to play in the premier league. He is working very hard. He is clever; doesn’t talk too much. Jordan is in my heart and I like his spirit”.

“I am very sure from now till the end of his career, he will do a lot of great things, and I my wish for him and his brother is that they will be able to win the AFCON before ending the career because I think they deserve it. It is time for them,” he concluded.