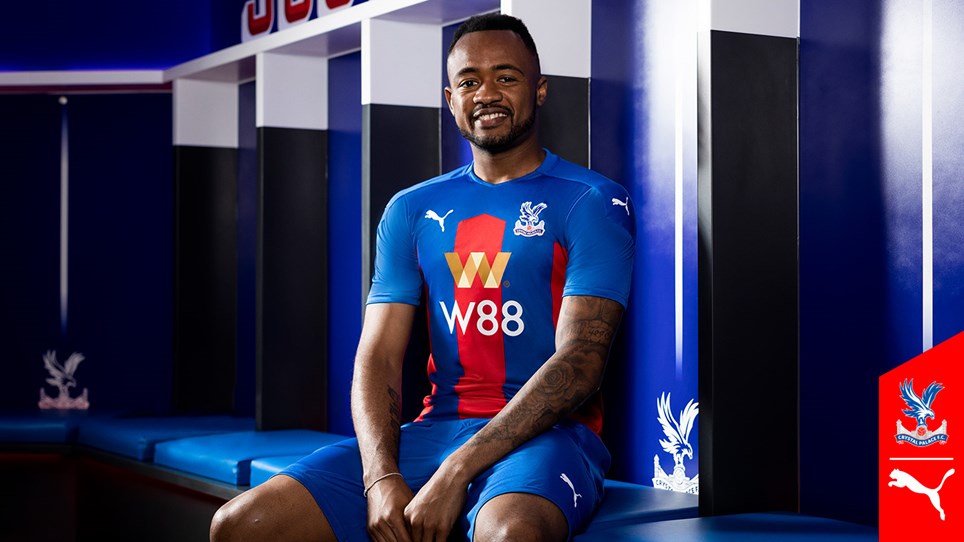 When Crystal Palace assess the 2019/20 season, there may be a sense of ‘what might have been?’ owing to how a season that promised so much delivered so little in the end.

Having put themselves in a position to not only beat their best points tally in Premier League history (49 points in 18/19) or their highest finish (10th in 14/15), Roy Hodgson's troops eventually did neither, finishing on 43 points which was only good enough for 14th spot.

For a bit of context, Palace’s 2-0 win at Bournemouth in their first match post-lockdown put them on 42 points, which highlights the glaring collapse of the Eagles after the enforced hiatus. There were mitigating circumstances for the South London club picking up just one point from a possible 24 but none other encapsulates it than Jordan Ayew’s drop in productivity after that win over the Cherries.

The Ghana forward’s nine league goals saw him end top scorer in a Palace team not known for their goalscoring: only Norwich City’s 26-goal return was worse than the capital club’s 31, while Hodgson's men created the fewest big chances in the entire division (40), lower than the relegated Canaries’ 43.

Their strength lay in their defensive structure which collapsed following success at the Vitality Stadium. Palace let in 18 goals in their remaining eight games, an average of 2.25 per game, and a significant rise from 1.06 goals conceded pg after 30 games.

Still, Hodgson's team had the best defence in the bottom 10, statistically at least, and even conceded four fewer than fourth-placed Chelsea.

However, their return in the attacking third, caused, in part, by Ayew falling off following the restart, prevented a historic season at Selhurst Park.

It didn’t stop the former Swansea City forward being named Player of the Season, owing to his impact in for those 30 games where the Glaziers looked primed for a place in Europe. He netted hugely important strikes and set up a couple for teammates, too, but none were as phenomenal or dramatic as that late winner vs West Ham United on Boxing Day.

That strike was all Ayew’s creation, driving into a congested central area to beat three West Ham players before having the coolness to lob Roberto Jimenez in the Hammers goal. It was surprisingly not a Goal of the Season contender, despite being one of 19/20’s best goals, a snub that questioned the line of reasoning of its selectors!

At least two of the goals here have absolutely no business making the list - especially Barnes and Longstaff’s strikes.

It came to light that, rather than simply pick the most remarkable finishes over the season, the sponsors opted for a goal from every month of the campaign, and Son’s solo effort vs Burnley in early December (the eventual winner of the award) was preferred to the West African’s strike.

Nevertheless, the striker’s lack of recognition shouldn’t water down his impact in Crystal Palace’s season.

Nearly every goal or assist was crucial for the side from Selhurst Park, evidenced by winning strikes against Aston Villa, West Ham (twice), Brighton & Hove Albion and Watford. Also, the 28-year-old netted the equalizer in both games vs Arsenal and his two assists came against the Hammers and their final day draw with Tottenham Hotspur.

While those finishes won the side 10 points, 23.4 percent of their eventual return, Ayew may have been disappointed by not entering double figures. Consequently, the Ghana star failed to join Chris Armstrong (15 goals), Andrew Johnson (21), Christian Benteke (15), Milivojevic (10, 12) and Wilfried Zaha (10) as the only players to have netted double figures for the Glaziers in the Premier League.

This wasn’t helped by their slump after football’s resumption where they scored three times in eight games. Admittedly, observers pointed out that their tough run-in, which included games vs Liverpool, Chelsea, Manchester United, Leicester City, Wolverhampton Wanderers, and Spurs, meant predictions for a top-seven finish were hasty, nevertheless, listless showings at home to Burnley and away at Villa were dispiriting.

Their 3-0 defeat by the Foxes was a let down given Brendan Rodgers’ outfit were on a four-game winless run going into that meeting at the King Power Stadium, and it seemed like Ayew and co. didn’t do quite enough to pile more misery on the East Midlands club.

Still, the Eagles fought courageously in their 3-2 defeat by Frank Lampard’s men as well as the 2-0 loss at the hands of the Red Devils, the latter which saw Ayew’s equalizer chalked off for the most marginal of offsides. That would have been the African attacker’s 10th of the 19/20 season. Ultimately, however, he had to make do with nine

Having been two points below Jose Mourinho’s men, four behind Sheffield United and six adrift of Wolves and Man United after beating Bournemouth, the South London outfit ended 16, 11, 16, and 23 points adrift of the quartet after an unprecedentedly long season.

It was a disappointing ending for Palace, as well as Ayew, but the talismanic role played by the Ghana star at least suggests someone else can take up the mantle if Wilfried Zaha eventually departs this summer.