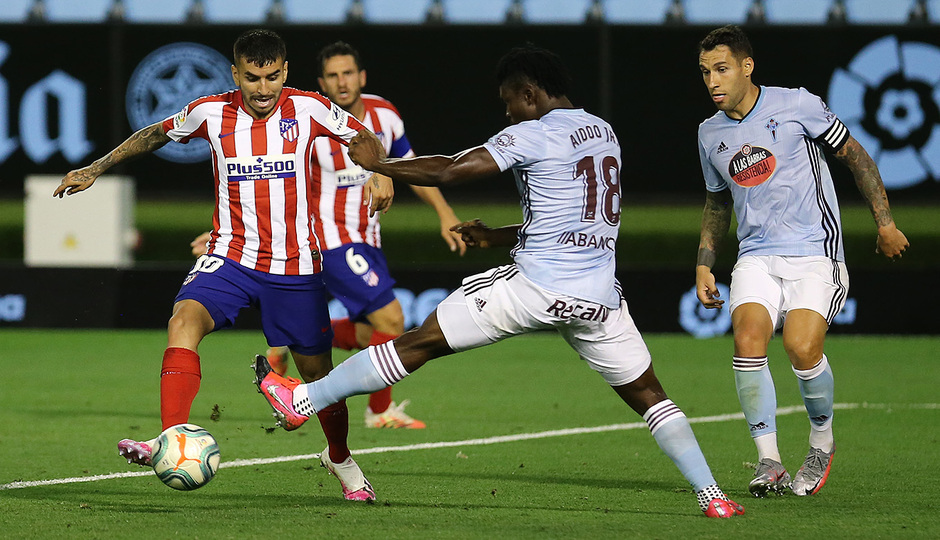 Ghana international Joseph Aidoo enjoyed 90 minutes this evening when his Celta Vigo side drew 1-1 against Atletico Madrid in the Spanish La Liga.

With a few games to end the 2019/2020 Spanish La Liga campaign, the two teams went head to head today to fight for the 3 maximum points for different reasons.

On the matchday, Joseph Aidoo started for Celta Vigo while his compatriot Thomas Partey also earned a spot on Atletico Madrid’s starting eleven.

Though in need of the points more, the home team got off to a bad start as they allowed the away team to take the lead in the first minute of the first half.

Attacker Angel Correa found Alvaro Morata with a good pass as the Atletico Madrid number 9 easily converted to hand the side the lead.

A good fight from there on saw Celta Vigo going on to draw level on the 49th minute courtesy a strike from Francisco Beltran after he was assisted by Brais Mendez.

Defender Joseph Aidoo displayed impressive form at the back for the hosts and managed to last the entire duration of the game.

His compatriot Thomas Partey on the other hand played 68 minutes before making way for Hector Herrera.