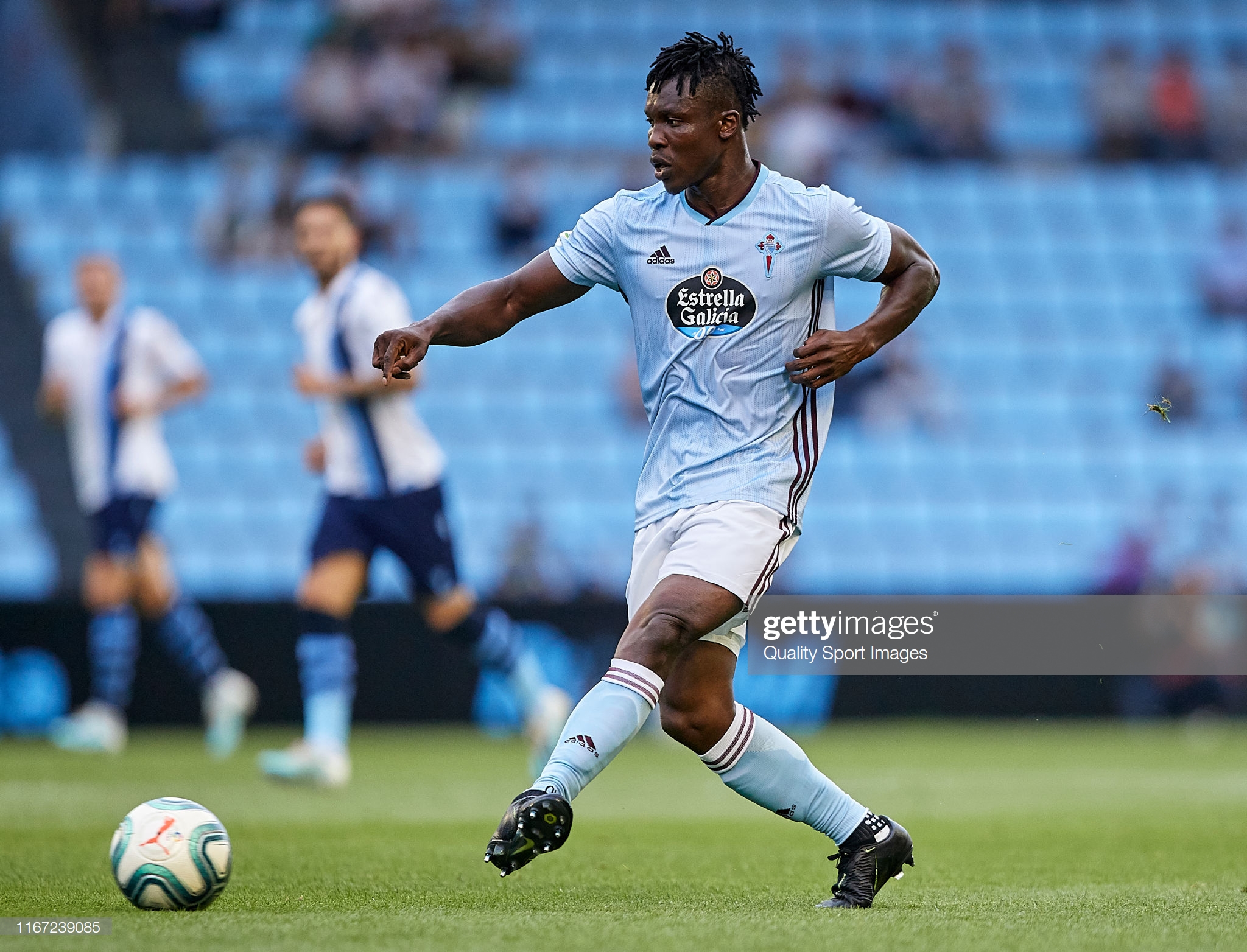 Celta Vigo centre back Joseph Aidoo has fully recovered from his physical discomfort and has been allowed to train normally under the guidance of Óscar García.

The Ghanaian did some exercises away from his team mates on Saturday due to the discomfort, footballghana.com understands. He started training normally with his team mates on Monday. He is expected to be fit for Celta's first La Liga game after the competition's suspension earlier this year.

The side has been summoned to do a double training session on Tuesday and it is expected that the intensity will increase significantly this week as they prepare for the return of La Liga in June.

The 24 year old signed for Celta last summer from Genk for 8 million euros. He has become a key fixture for the side, making 23 La Liga appearances this season and has made one assist. He is currently valued at 6,500,000 million euros according to Transfermarkt.