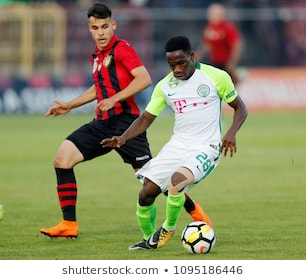 Ghana and KRC Genk youngster Joseph Paintsil has been invited to the Black Meteors camp ahead of Africa U-23 qualifiers clash against Gabon.

The Meteors will play their West African neighbours at the Accra Sports Stadium on March 23, 2019, after winning Togo 5-2 on aggregate despite losing 1-0 in Lome.

The 20-year-old forward, who has been outstanding for his club will face Gabon in the final round of qualifiers for Egypt 2019. Coach Ibrahim Tanko will look forward to using the highly-rated striker in their next tie against Gabon since they are urging to make it to the competition for the first time having failed to qualify since it's inception in 2011.

John Paintsil was part of the U-20 team that failed to qualify to the FIFA WorldCup in 2017.