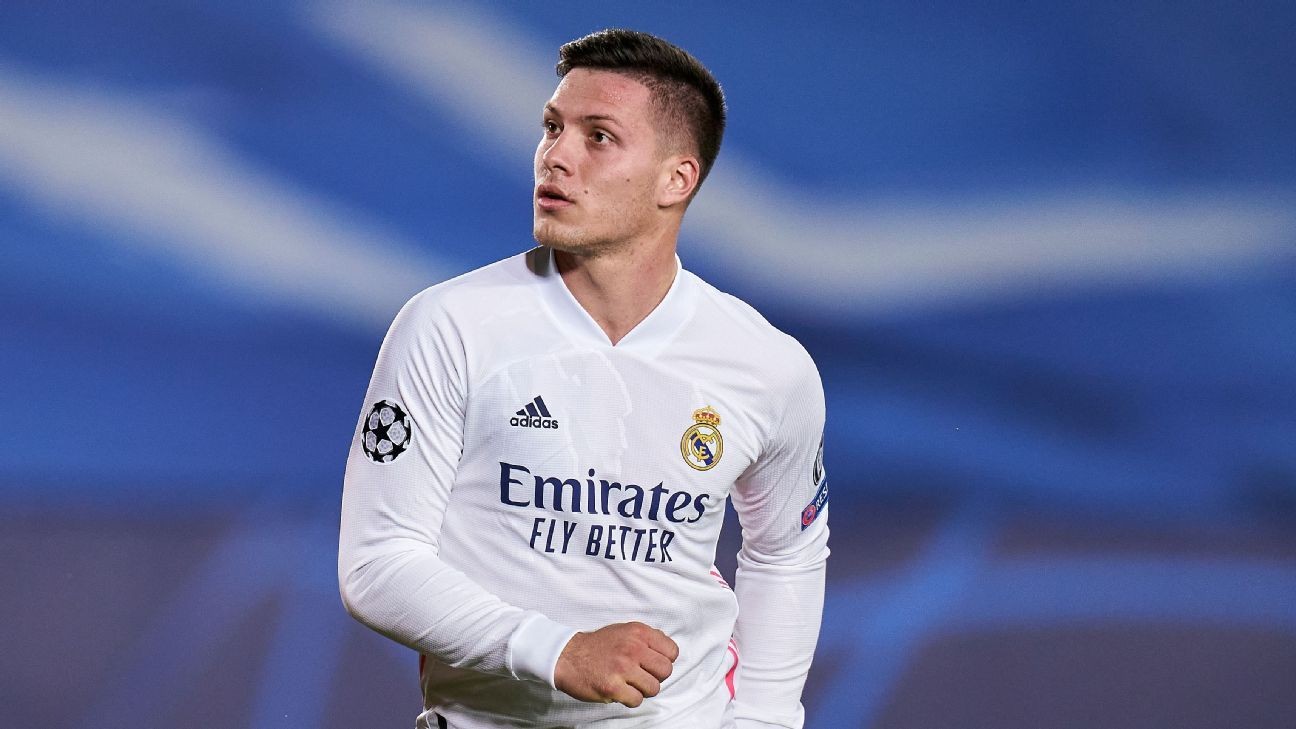 Luka Jovic has returned to Eintracht Frankfurt on a six-month loan deal from Real Madrid, the clubs have announced.

The Serbia international will play for the Bundesliga side for the remainder of the season, with no purchase option included in the deal.

Jovic, 23, is leaving Madrid just 15 months after arriving at the club on a reported €60 million transfer from Eintracht Frankfurt.

Transfer grades: Atletico a B+ for Dembele loan

Was Bayern Munich's throwback kit to blame for their shock DFB Pokal exit?

Injuries limited him to two goals in 27 appearances in all competitions for Los Blancos during the 2019-20 season.

Jovic did not travel to Pamplona over the weekend for Saturday's goalless draw at Osasuna and was left out of the squad for Thursday's Spanish Supercopa semifinal against Athletic Bilbao.

Real Madrid coach Zinedine Zidane denied reports in October that he was in favour of Jovic leaving on a season-long loan in the summer, claiming he was the one that had requested the signing of the former Red Star Belgrade star.

However, Jovic has only featured for Madrid five times during the 2020-21 season, totalling 208 minutes on the pitch.

Eintracht are hoping Jovic will rediscover his goalscoring form that saw him net 27 goals and set up seven more in 48 appearances for the German club during the 2018-19 campaign, an impressive display that led to Real Madrid signing him that summer.

Tied to Madrid until June 2025, Jovic made headlines last year for breaking COVID-19 self-isolation rules during a visit to his country in March and months later for posting photographs where he was seen having a barbecue with friends in Madrid and not maintaining social distance.