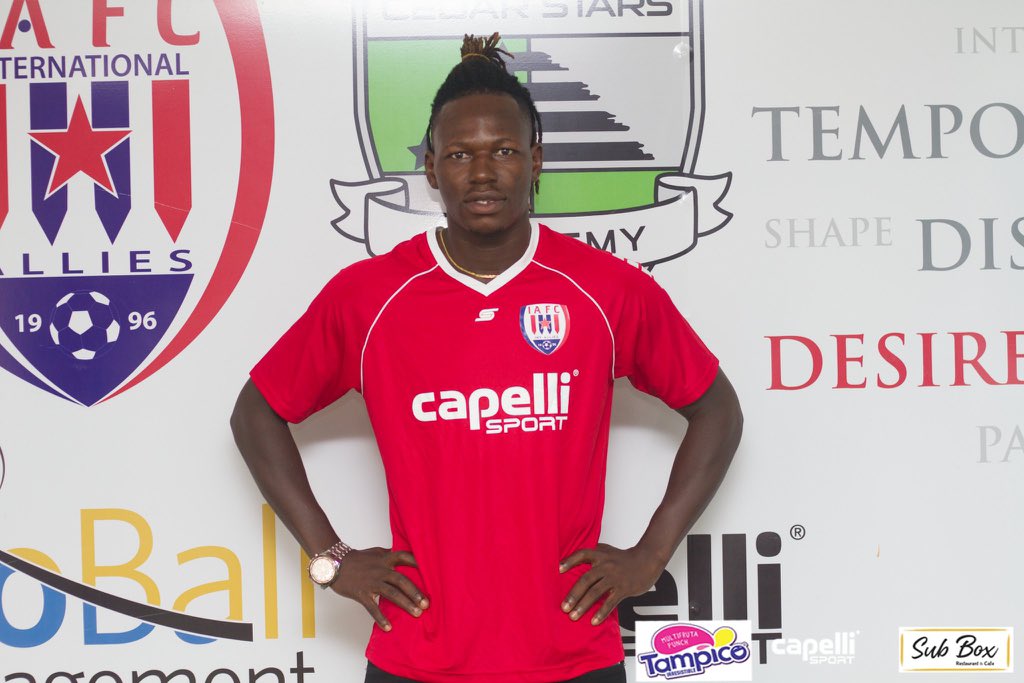 Ghanaian side, Inter Allies FC have completed the signing of former Wa All Stars poster boy Richard Arthur to strengthen their squad.

The capital-based club has endured a difficult start to the 2020/2021 Ghanaian top-flight league campaign.

Although just nine matches into the season, there is cause for worry with the club currently sitting in the relegation zone of the Ghana Premier League standings.

In a bid to turn things around, Inter Allies FC has today strengthen their squad with the acquisition of Richard Arthur for the rest of the season.

”Inter Allies is delighted to announce the signing of Richard Arthur.

”The club and the striker have agreed on a until the end of the current season,” an official club statement from Inter Allies has said today.

Richard Arthur is expected to massively improve Inter Allies with his experience. He was recently with Asante Kotoko but is mostly recognized for the role he played to help Wa All Stars win the Ghana Premier League at the end of the 2015/2016 season.