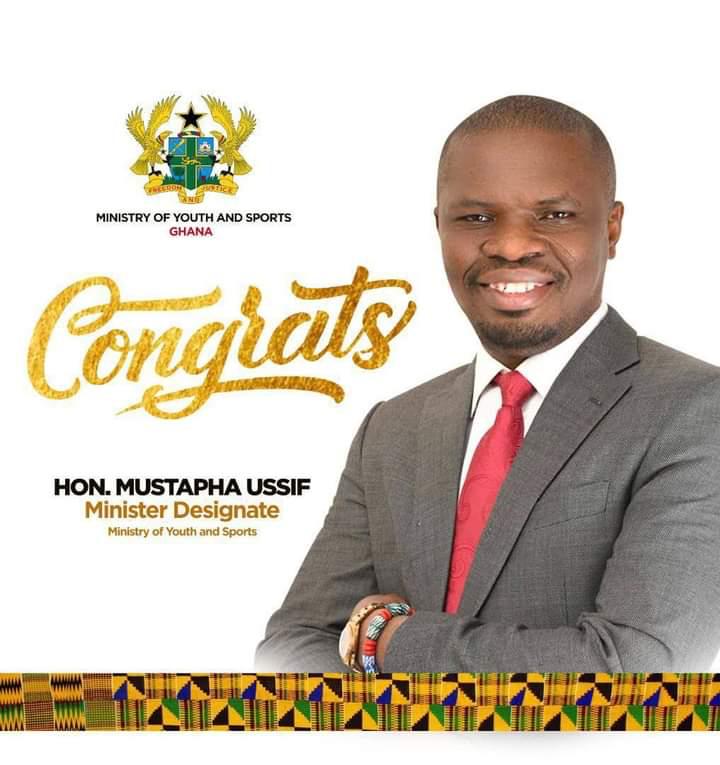 The President of the Republic of Ghana, H.E Nana Addo Dankwa Akufo-Addo has nominated Hon. Mustapha Ussif to serve as the Ministry for Youth and Sports in his second term.

The nomination has been confirmed today in a letter submitted to Parliament by the office of the president together with a list of several nominated ministers for the other ministries.

With the coming of Hon. Mustapha Ussif, he will replace Hon. Isaac Asiamah once he is approved by Parliament after his vetting is completed.

Hon. Isaac Asiamah in the last four years has served as the Minister of Youth and Sports where he embarked on a number of infrastructure projects including the construction of stadia in ten of the regions.

He now continues his parliamentary duties and will be replaced by Mustapha Ussif who in the past served as the Executive Director of the Ghana National Service Scheme (NSS).

The experienced politician in addition has previously served on various committees in parliament including the Mines and Energy Committee, and the Standing Orders Committee.