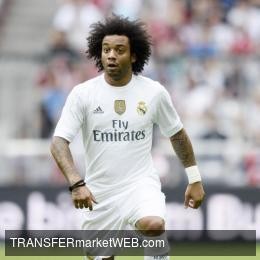 Juventus are considering a January swoop for Real Madrid left-back Marcelo on the understanding the Brazilian does not have a good relationship with Los Blancos coach Julen Lopetegui, according to Tuttosport.

Marcelo was angry at being substituted in Madrid's win over Girona and was made to train with the reserves by Lopetegui.

The 30-year-old has also declared he wants to link-up with former team-mate and friend Cristiano Ronaldo in Turin with Juve ready to include Chelsea-target Alex Sandro as a makeweight.