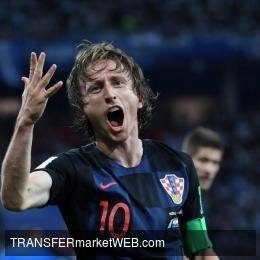 While transfer talks with Barcelona FC on Miralem Pjanic are possibly getting an opening, Juventus management, according to Corriere dello Sport, are dreaming to replace the Bosnian 28-year old with Croatian star playmaker Luka Modric (32). Nothing else but a non-stop winner in his six Real Madrid seasons, is earning an about 12 million euros salary from Merengues, a sum possibly unaffordable for Serie A giants. In such cash, Bianconeri are probably turning to PSG's Adrien Rabiot, for their deep-lying vacant position.