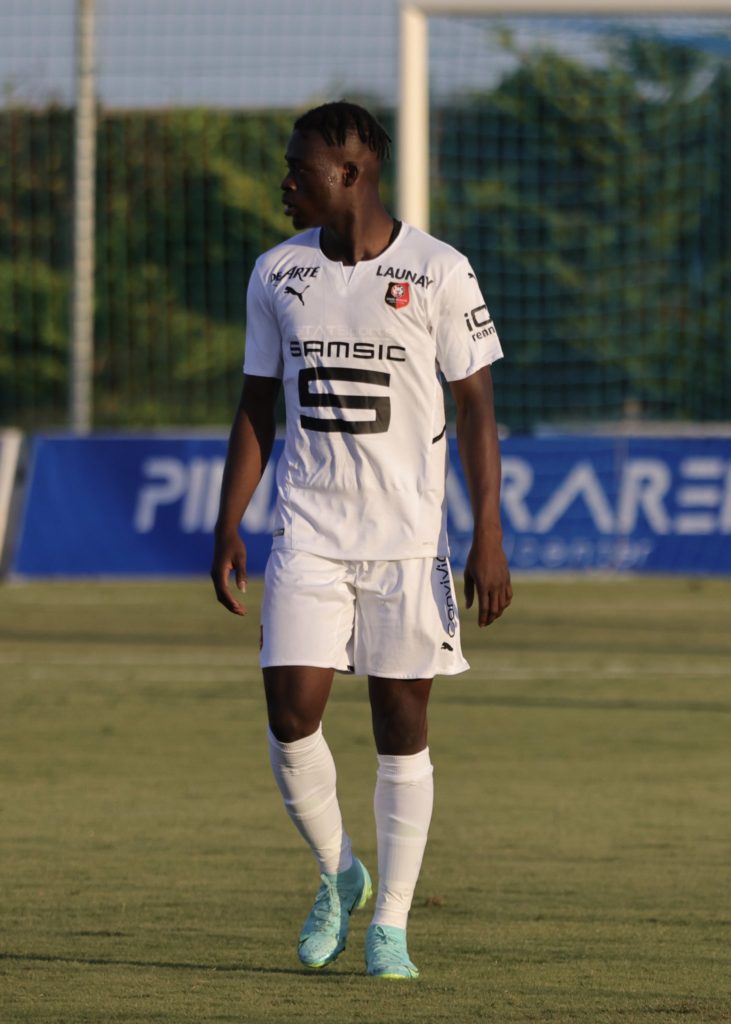 On Wednesday evening, Kamaldeen Sulemana, a Ghanaian youngster, made his Ligue 1 debut for Stade Rennais FC against CF Getafe of Spain.

Sulemana was introduced with 20 minutes remaining in the game, and his team trailing the La Liga outfit 2-1.

Sulemana wasted no time getting into the game, drawing a foul from Dakonan with his first participation, getting the Getafe player a yellow card for a harsh foul on the former FC Nordsjaelland player.

Getafe scored in the first half and second half to overcome Stade Rennais 2-1, handing Kamaldeen Sulemana a loss in his unofficial debut for France's Red and Blacks squad.

The Right to Dream graduate only played 20 minutes of the game, but he wasted no time in demonstrating his skills with quick movement anytime he had the ball.