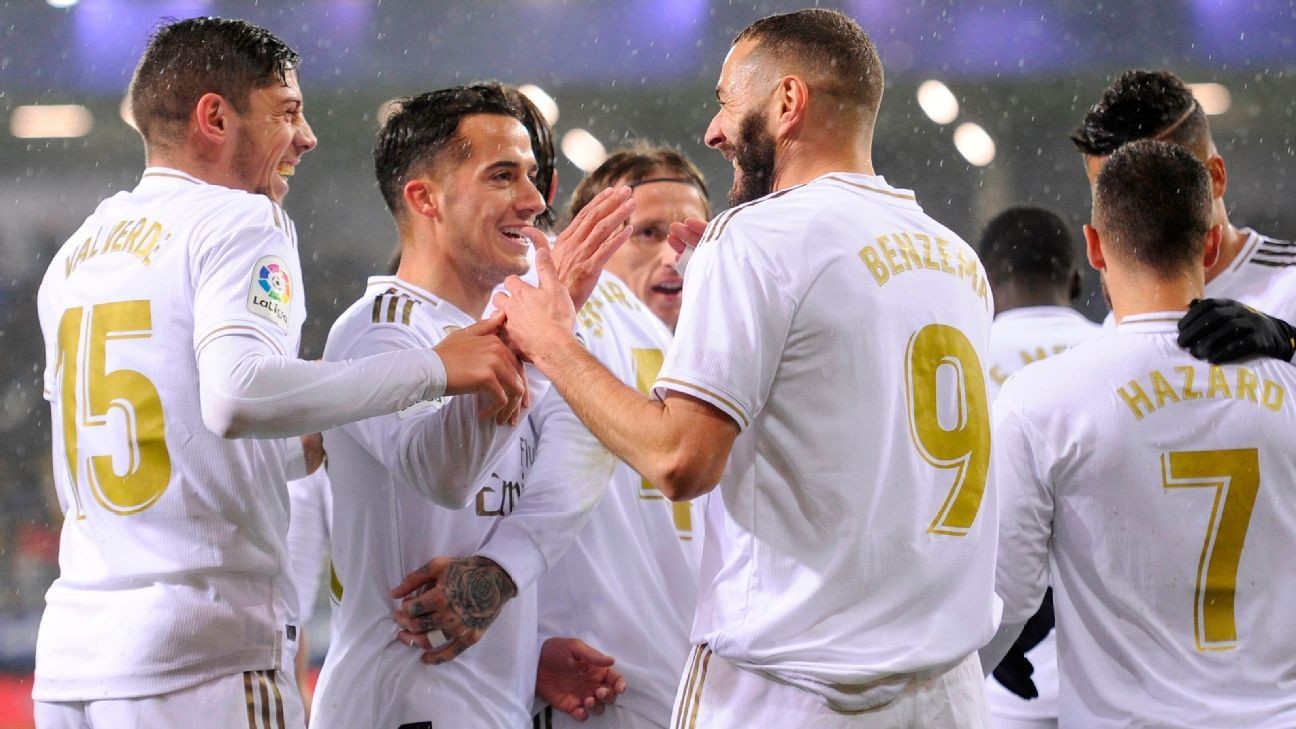 Karim Benzema got Real Madrid off and running with two first-half goals. Photo by ANDER GILLENEA/AFP via Getty Images

Real Madrid followed up their impressive Champions League win midweek with a 4-0 La Liga victory at Eibar on Saturday.

Two goals from Karim Benzema and a Sergio Ramos penalty had Los Blancos comfortably ahead heading into half-time.

Benzema opened the scoring after 17 minutes when he pounced on a loose ball just outside the six-yard box and slotted into a gaping net.

Ramos converted from the spot three minutes later after Eden Hazard was fouled inside the penalty area.

Benzema added a penalty of his own around the half-hour mark -- the French striker firing home after Lucas Vazquez was fouled.

And Federico Valverde added a fourth on 61 minutes from a Luka Modric assist to complete the scoring.