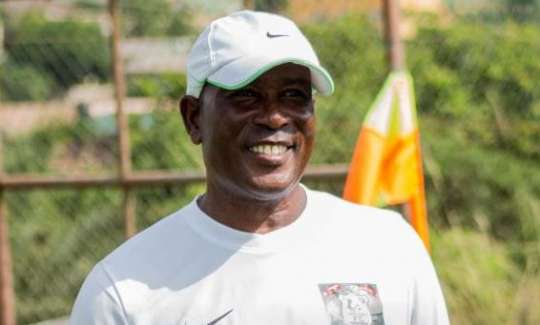 Manager for Dreams FC, Abdul Karim Zito has opened up on the effects of players engaging in a lot of sexual activities.

Speaking to Tru FM, the experienced trainer shared that due to the energy a man exerts when he engages in sexual intercourse, too much sex can affect the performance of players.

According to him, this is because they would have lost a lot of energy and hence they will not be able to play at the top level.

“Sex reduces the energy and the strength, even see how you pant when kissing too much. You can run for about one mile before sweating but check about how you sweat within two to three minutes when having sex”, he said.

Coach Karim Zito added, “It takes about three days with a nourishing food and costarred to replace or regain that energy after sex. How many current players knows costarred? They don't know. The costarred is a yellowish bottled meal which is prepared with egg like porridge. It boost the energy but off late is out of production and I don't see it again. It helps to regain your energy after three days.

"The moment you sex a woman your blood also works fast. If you have ten years to play a football, sex can reduce it to eight to seven years."

The trainer is advising players to be mindful of their exploits in the bedroom to ensure they are always able to play at the top level.