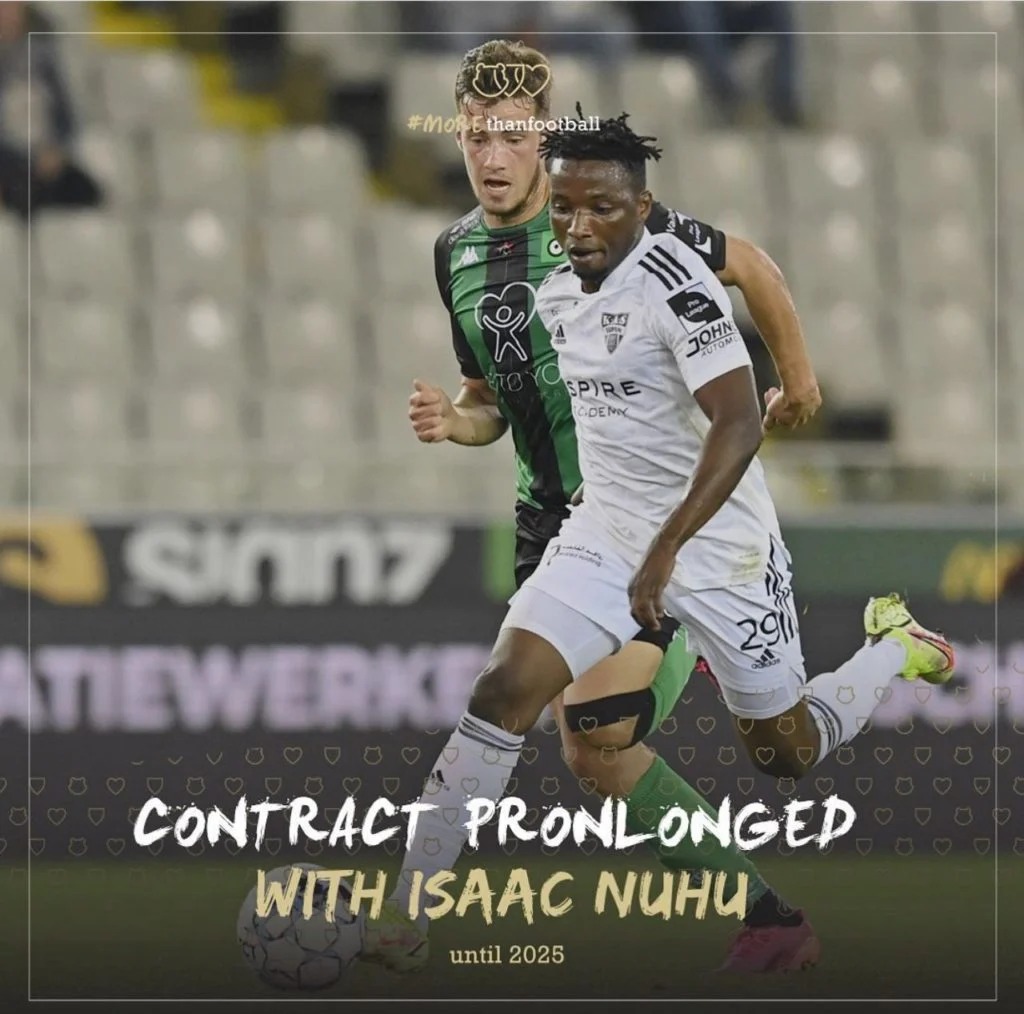 General Director at KAS Eupen, Christoph Henkel has said the club is delighted it has managed to extend the contract of Ghanaian youngster Isaac Nuhu.

The Belgian Pro League club on Monday announced that it has extended the contract of the highly-rated attacker to 2025.

Speaking on the new deal, Christoph Henkel says it is very good for the club to keep the player who has shown a lot of potential.

“We are very pleased that, after the extension of the contract with Emmanuel Agbadou, we have now been able to tie another talented player from our squad to KAS Eupen over the long term.

“With his technique and speed, Isaac Nuhu has the potential to assert himself in the Pro League and also to contribute to the success of KAS Eupen in the future. We look forward to working with Isaac in the future,” the KAS Eupen General Director said after the deal was announced.

Isaac Nuhu on his part, has expressed his joy and says he will continue to work to pay back the faith the club has imposed in him.