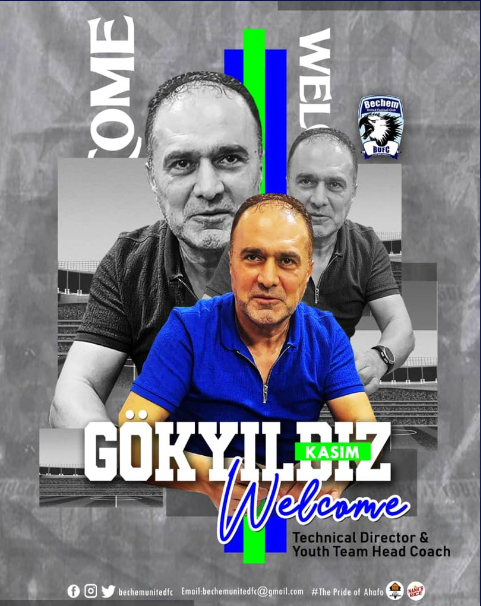 According to the statement by the club, the former King Faisal coach will also work as the head coach for the U18 team ahead of the 2022/23 season.

Kasim signed a one-year deal with the option to renew at the end of the campaign.

“We are delighted to announce that an agreement has been reached with Kasim Gokyildiz as our Technical Director & Youth Team (U18) head coach.

“The experienced Turkish tactician joins us on a one-year deal subject to renewal,” the club posted on their social media.

The Hunters are preparing ahead of the new season which starts on Friday, September 9, 2022, with an away game against Great Olympics at the Accra Sports Stadium.