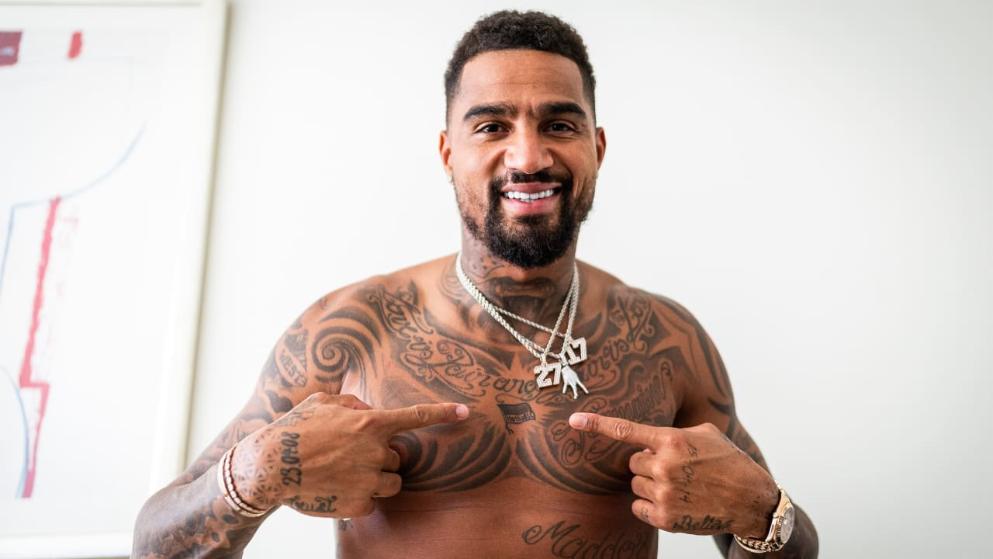 Kevin-Prince Boateng showed his love for his boyhood club with a Hertha flag immortalised on his chest after completing his move.

Boateng made a return to the club on a one-year deal.

The 34-year-old began his career at the Olympiastadion before moving to Tottenham Hotspur on a four-year deal in July 2007.

"Hertha BSC is not just any club for me," Boateng told the club's media.

"I'm here to give something back. I've been around a lot over the years and learned a lot, but all that, my whole career, I owe to this club. I have never forgotten that Hertha was always in my heart."

The Ghanaian becomes the club’s second signing after Suat Serdar.