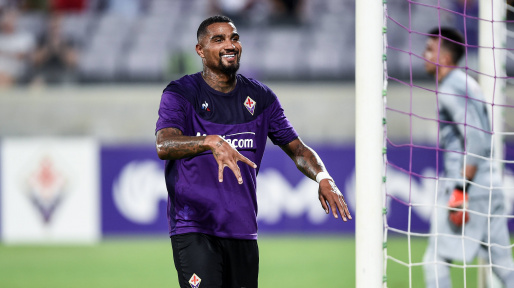 Ghana international Kevin-Prince Boateng was on target for Fiorentina as they thrashed  Virtus Entella 5-1 in a friendly game on Saturday.

Boateng, who has being warming the bench so far this season lasted the entire duration as the Serie B team suffered a heavy defeat at the Stadio Franchi.

The 32-year-old joined the club from US Sassuolo in the summer on a two-year deal.