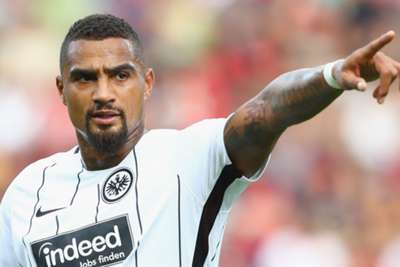 Eintracht Frankfurt midfielder Kevin Prince Boateng has dedicated his racism prize to people who also have interest in fighting against racism.

The 30-year old was handed the prize by a German radio station for his significant role in fighting racism in football.

Boateng led the fight against racism during his days as an AC Milan player, when he left the field during a pre-season friendly when he became the target for racist slurs. His team-mates joined him and the game was consequently abandoned, with the message conveyed around the world that racism in any shape and form is unacceptable.

After receiving the award, the former AC Milan player took to twitter" This award is for all people who fight racism!!! Thx to #1livekrone #prince17 #proud".

This award is for all people who fight racism!!! Thx to #1livekrone #prince17 #proud pic.twitter.com/MbtDOy7GP1