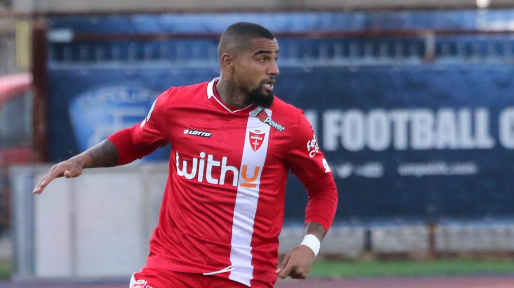 Former Hertha Berlin trainer Dieter Hoeneß is enthused about the proposed return of Kevin-Prince Boateng back to the team for the upcoming season.

The 34-year old who is currently unattached after his contract with Serie B side AC Monza is on the verge of rejoining his former employers after 14-years of his departure ahead of next German Bundesliga season.

He is expected to have his medicals on Wednesday ahead of a potential switch to the club.

And according to Dieter Hoeneß who introduced the Ghanaian forward, he will be an asset for the side.

Despite admitting too many nonsense thwarted his leadership qualities, he believe the latter has matured enough to be lead the club again.

“Kevin has everything for a leading player. He was at many big clubs, has matured and is absolutely sensational in terms of football. He would be an absolute asset to Hertha. "

“Kevin used to be a leader, but at that time he still had too many nonsense in his head, so the lead went in a different direction”

“He was the 'Leader of the Gang' of the youngsters. With his experience today, he would certainly have done a lot differently. But now he is very clear in his ideas, is only focused on football and very professional. That would be a top commitment for Hertha and the right step for me” he said.

He added the former Barcelona star would be a good addition for Hertha Berlin if he is completely fit.

“The boy can do everything on the ball, has outstanding technique, and never avoids a duel. If he is completely fit, he would be really good for Hertha. "

Kevin Prince Boateng has been working as pundit for German Television station ARD for Euro 2020 championship.