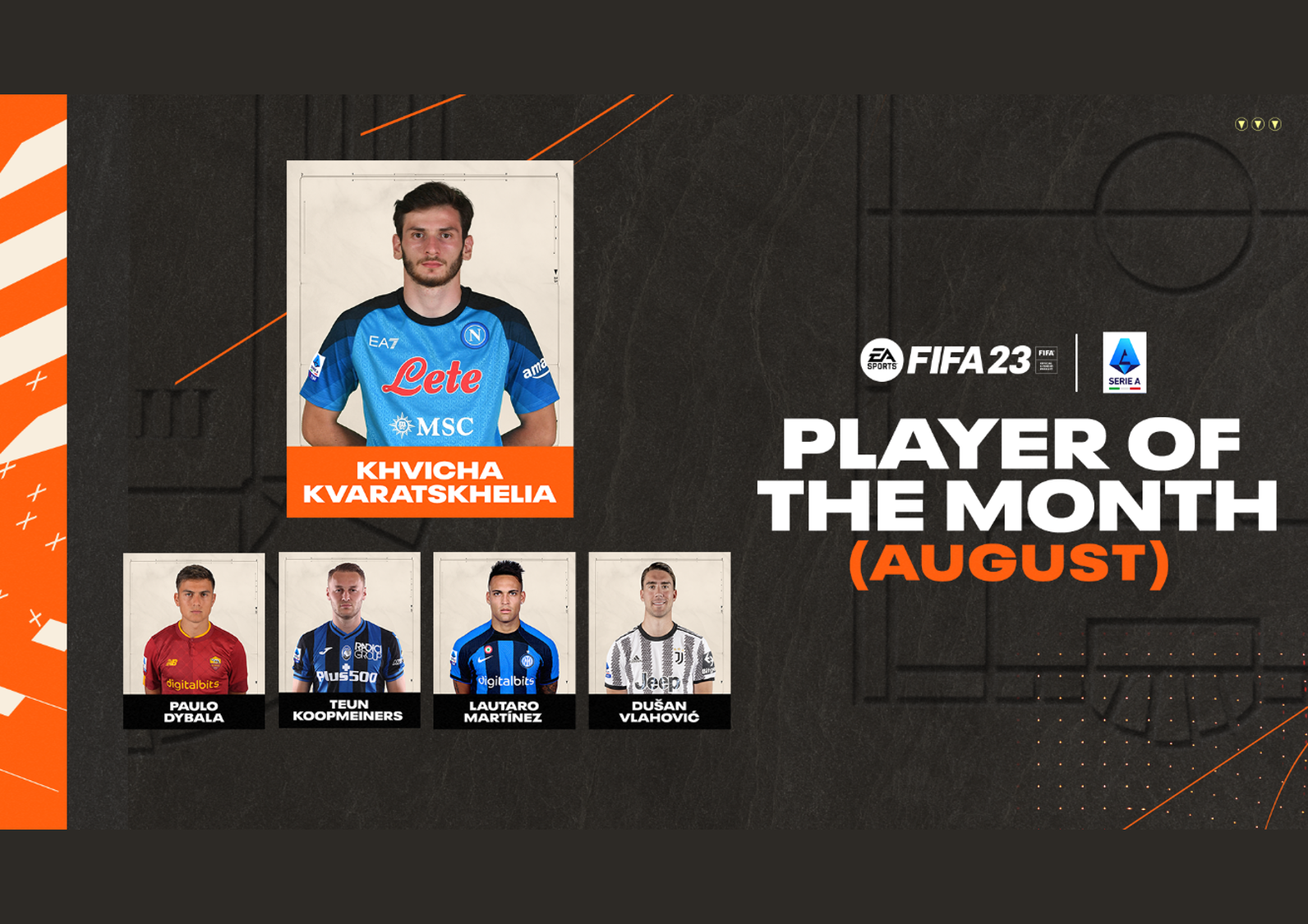 The EA SPORTS Player Of The Month award for August has been assigned to Napoli player Khvicha Kvaratskhelia. The trophy will be presented during the pre-match of Napoli vs Spezia, scheduled for Saturday 10th September 2022 at 3.00pm at the "Diego Armando Maradona" stadium in Naples.

Khvicha Kvaratskhelia was the most voted by fans on http://serieapotm.easports.com/, in a poll that included Paulo Dybala (Roma), Teun Koopmeiners (Atalanta), Lautaro Martinez (Inter) and Dusan Vlahovic (Juventus).

The five best players of the month has been selected taking into account the advanced analysis of Stats Perform, created from the tracking data recorded with the Hawk-Eye system. The rating system, patented in 2010 with K-Sport and scientifically validated, considers not only statistical data and technical events, but also positional data. This makes it possible to analyse crucial aspects such as movement without the ball and thus optimal movements, game choices, and the contribution to the technical and physical efficiency of the team, which allow for an objective and qualitative evaluation of the performance.

"Congratulations to Napoli for bringing Kvaratskhelia to Serie A - said Lega Serie A CEO Luigi De Siervo -. The Georgian winger had a great impact on the league right from the start: three goals and an assist in the first four games only tell a part of his performance, made of talent, technique and courage in his plays".