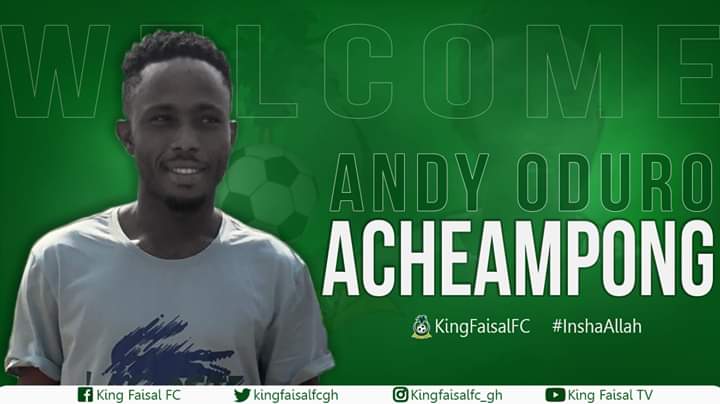 Ghana Premier League club King Faisal went into the transfer market and have completed the signing of utility player Andy Oduro Acheampong to help turn their season around.

Andy has a lot of experience in lower league football,  playing for Star Madrid, Rainbow FC and Corners Babies among others so far in his career.

Zola, as affectionately called by team mates and supporters is seen as the game changer for the Insha Allah boys as they fight for survival.

The Kumasi-based club are currently 18th on the log with just six points earned. They are yet to record a win in the competition and hope that their addition will help start a chain of wins once the league resumes.

The Ghana Premier League is on a four week suspension due to the outbreak of the coronavirus.