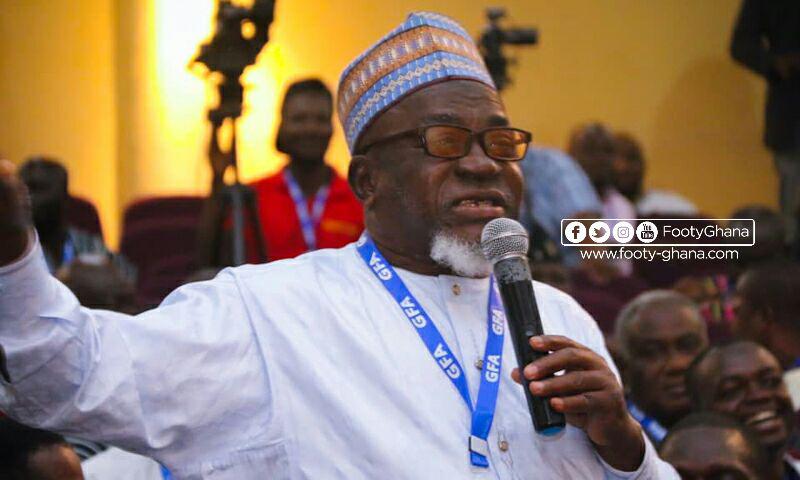 After the embarrassing 3-4 home defeat by Great Olympics at the Baba Yara Stadium in match week 8, most Irate fans criticised the head coach of King Faisal on Wednesday evening.

Newsmen asked Alhaji Grusah popularly known as "Heavy Heavy" how will he convince fans that things are going to change when there is no evidence of progress on the pitch.

"Sometimes expatriates who comes to the team succeed but this time we have not succeed." Grusah said

He added; " But the coach has polished our strikes for us to get two goals today, I didn't attend coaching course, that's why I brought him with money. I can't throw my money away."

"I blame myself not the coach, I will plead with our supporters and Asanteman that I won't disgrace them, In Sha Allah King Faisal will revive.

The In Sha Allah boys are yet to get their first win in the Ghana Premier league as they lie bottom of the table with 3pts.