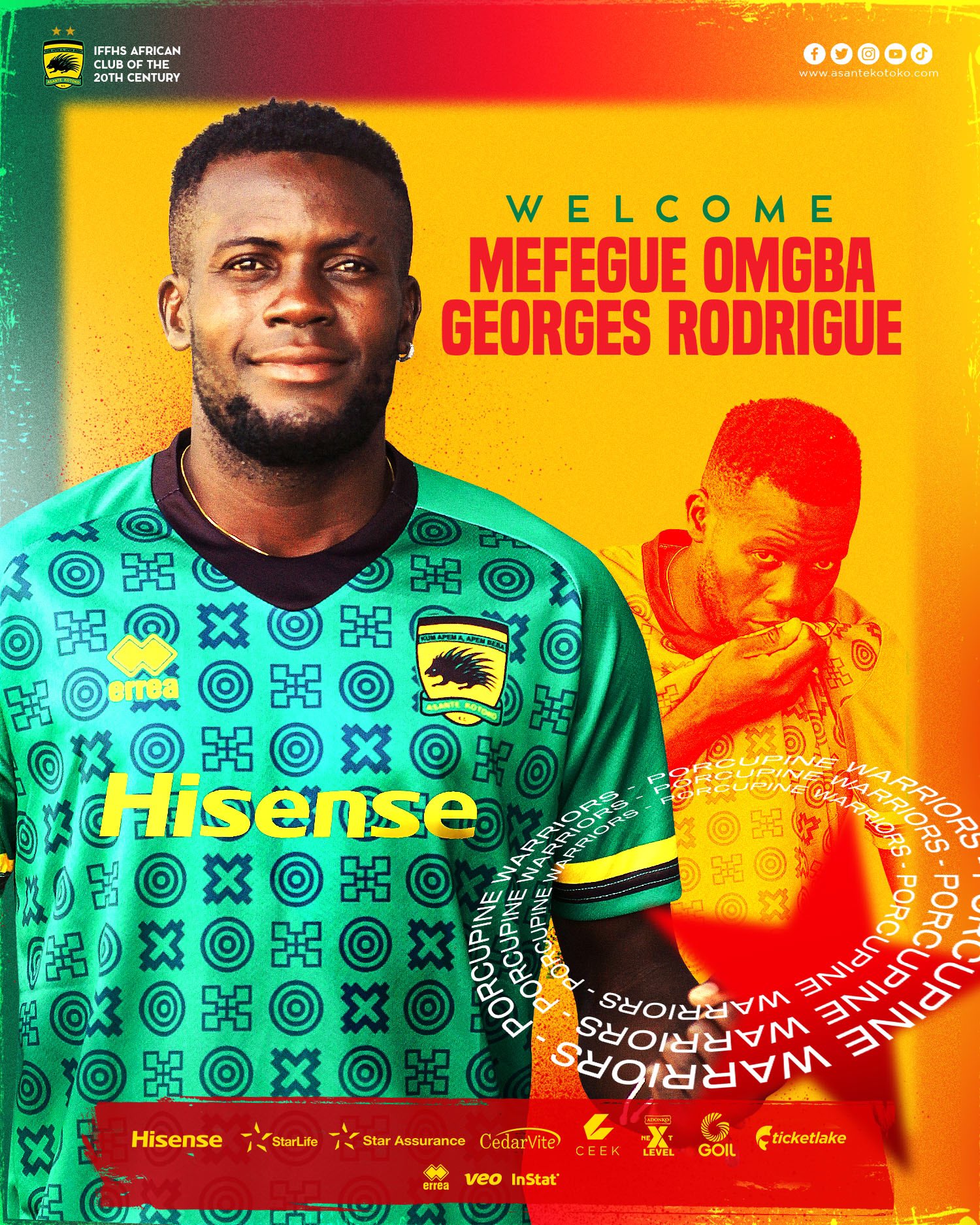 Kumasi Asante Kotoko have completed the signing of Mefegue Omgba Georges Rodrigue to strengthen its squad for the upcoming 2021/2022 football season.

The Ghanaian giants last season pushed to win the Ghana Premier League and MTN FA Cup titles but failed in both competitions.

Preparing for the new football season, officials of Asante Kotoko have decided to bolster the squad to stand a better chance of winning titles.

The striker in the last three seasons has scored over 40 goals and will be expected to help Kotoko achieve success next season.

The Cameroonian🇨🇲 goal poacher 🎯joins us from Avion Academy on a three-year deal.#WelcomeMefegue#AKSC #TogetherWeCan pic.twitter.com/GvrKzRof61