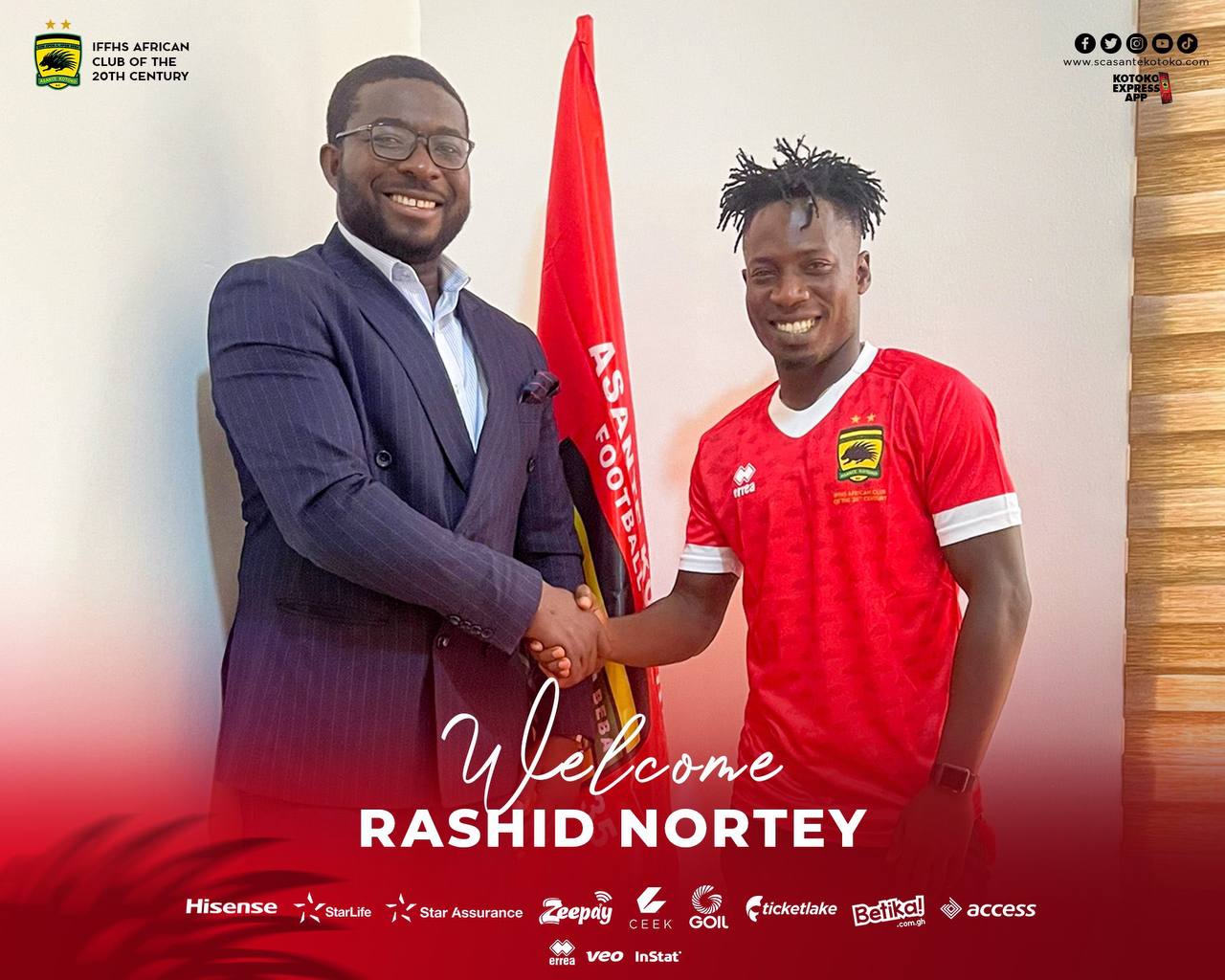 The 27-year-old joins the reigning Ghanaian champions on a two-and-a-half-year deal as a free agent player.

Richard Boadu and Rashid Nortey have partnered in the Medeama midfield for a number of years before Boadu joined Kotoko last season and won the league title with them.

The two can now play together again for the record Ghanaian champions.

Justice Blay, who also played with Rashid Nortey at Medeama before permanently signing for Asante Kotoko, joined Boadu to welcome Nortey to the club.

"Welcome to the BIGGEST Football Family @nortey_rashid!!! Let’s Do It for KROBEA!"