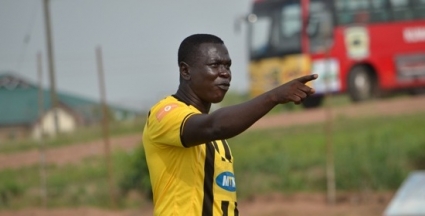 Asante Kotoko coach says lack of concentration in front of goal caused his side to draw their Ghana Premier League match-day 13 game with Aduana Stars.

Kotoko had to come from a goal down to draw 1-1 with Aduana Stars at the Baba Yara Stadium on Wednesday.

“Well I think we played well in the first 30 minutes, but when we conceded the first goal we still played well till we missed the penalty, that was when we started to go down. From there we lost concentration and allowed to come on us.

“But in the second half we came back strong and equalise the same thing happened thereafter. So most our problems were partly lack of concentration and individuals errors which prevented us from winning the game, “Manso said in a post-match interview.

Kotoko are without a win in their last six matches and have not won a game since defeating WAFA in match-day six.