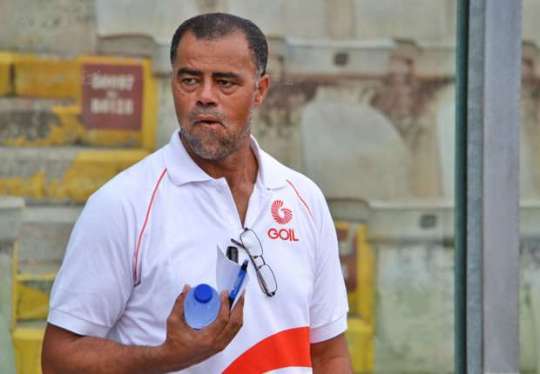 Head Coach of Kumasi Asante Kotoko Steve Pollack says they could have scored more if they had taken their chances in the 3-1 win of Medeama SC in the Match Day 21 of the Ghana Premier League played at the Baba Yara Sports Stadium.

The resurging Porcupine Warriors have been on a good run of form, recording three wins on a row and a victory over Accra Hearts of Oak in the President Cup.

Evans Quao, Ahmed Adams and Saddick Adams scored on Sunday as the Kumasi based side cruise to victory. Bernard Ofori grabbed the consolation for the Mauves and Yellow.

Steve Pollack who joined Kotoko in the second round was impressed by the output of his players but was disappointed for not scoring more goals.

”I think we played well today but we could have been up by ‘five goals’ but we missed lots of chances,” he told the media.

”we weren’t releasing the ball very fast but the second half was a little bit better because we got the ball moving quicker.

”I am happy we got all the three points which is the most important thing.”

Kumasi Asante Kotoko leap frogged Accra Hearts of Oak to the third position ahead of the Super Clash in Kumasi.