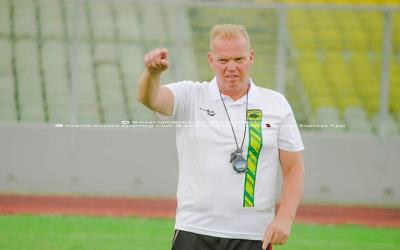 The Porcupine Warriors were crashed out of Caf second-tier competition following a 2-0 defeat to San Pedro and 2-1 on aggregate score in Abidjan.

There have been rumours that coach Zachariassen had been influenced by officials of San Pedro by the Asante Kotoko supporters after the game.

"I personally told Zachariassen agent Charles Kouadio that we can't grantee his (Kjetil Zachariassen) safety in Ghana so it's better he stays and resign and that will help him",Nana Coker told Otec FM.

"The coach told me he will not be available to talk to us so we should speak to his agent if anything possible. Meanwhile, Charles even told us (Kotoko management) that we should sack the coach due to his poor selections", he added.