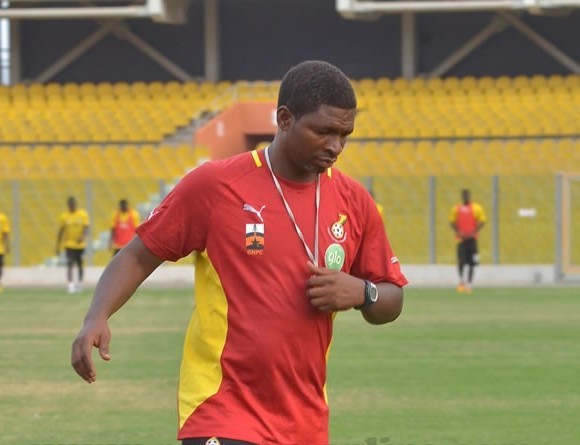 Kumasi Asante Kotoko has put the public on a tenterhook through the vague pronouncement made by the editor of the club’s official newspaper ‘kotoko Express’ concerning the potential return of former coach, Maxwell Konadu.

A session of the Club’s supporters of the Porcupine Warriors are calling for the immediate dismissal of their trainer, Draftko Logarusic just three months after his appointment as the head coach of the club.

Kotoko fans have mounted combustible criticisms against the Croatian trainer following his stodgy type of football on the field of play and this development has fueled speculations of a possible come-back of the Black Stars caretaker coach.

In an interview with the editor of the official mouthpiece of the Club on Asempa FM, Jerome Okyere revealed that though the story is a rumor, it is also possible to happen.

“Management of Kotoko have not decided to sack coach Zdravko Logarusic as people are claiming but in football everything is possible so I can’t also say it is impossible for Maxwell Konadu to return to Kotoko as a head coach but for now Zdravko is our coach so all the fans should rally behind him’’. He told Asempa FM.

The Croatian suffered his first defeat in charge of the Club when they lost 1-0 to rivals Hearts of Oak.