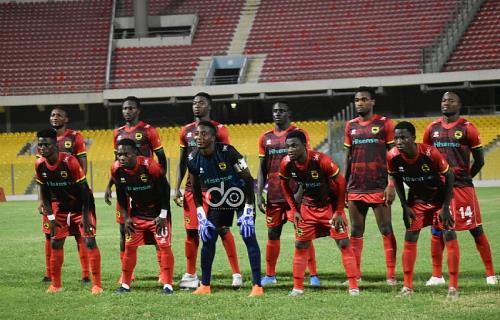 The head coach for Asante Kotoko, Abdulai Gazale has named the team’s first eleven to take on ES Setif in the CAF Confederations Cup this afternoon.

The Ghanaian giants are locking horns with the Algerian side today in the second leg of the tie in the final play-off round to the Group Stage of the CAF Confederations Cup.

Having lost the first leg 2-1 in Ghana, Asante Kotoko has a herculean task to at least beat ES Setif by two unanswered goals to have a chance of turning around the result from the first leg.

Ahead of kick-off at 15:00GMT today, coach for the Reds Abdul Gazale has named a strong starting eleven to do battle for the team.

A defensive back four has been tasked to protect goalkeeper Razak Abalora with Emmanuel Sarkodie and Fabio Gama handed roles in midfield.

Winger Emmanuel Gyamfi captains the Asante Kotoko team today and will be linking up play with deadly striker Kwame Opoku. 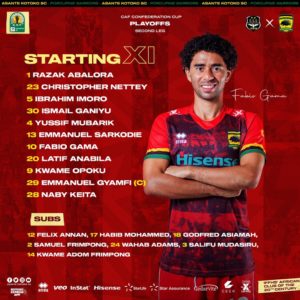