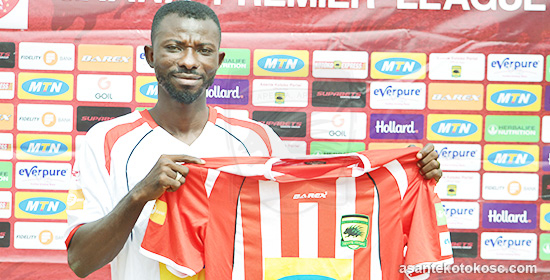 The 30 year old believes the Porcupine Warriors can make easy work of the Congolese giants despite the slim advantage over the seven time Congo Champions.

Kotoko lead the tie by 1-0 after missing several chances in Kumasi  week ago. The team missed three penalties out of four awarded by Senegalese referee Issah Sy.

However, the veteran midfielder who is vastly experienced believes they can eliminate CARA.

”United we’re going to Congo to conquer CARA, victory is going to be ours. The Technical team has worked on us well and we are poised for victory come Wednesday,” Opoku told Happy FM.

Kotoko reach the finals of the maiden edition of the competition but have failed to go beyond he first round in their last two attempts in Africa.

Kotoko left Accra on Monday morning for the trip to Congo, with the game set to be played on Wednesday.