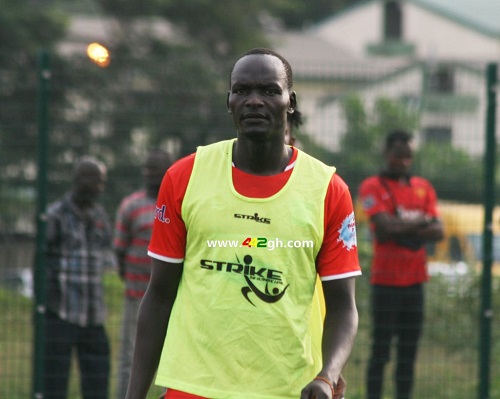 Having spent close to 6 months at the Porcupine Warriors club after being signed from Kenyan side Kariobangi Sharks, the Ugandan forward appears not to have been impressed with the youth teams he met at the club.

According to him, the Kotoko u-17, and u-20 teams are nothing to write home about and it is necessary for the club to make a huge investment in that area.

“Not really Kotoko is a big club, there are some loopholes in Kotoko but from outside if you look at it you can admire a lot but once you go deep inside the club, you will find out that there’s a lot of loopholes", George Abege said in an interview with Fox FM.

He explained, “Why am I saying this, because they need to invest a lot in youth football right now, if you look at their U20, they’re only a few people, U17 never existed when I was there and they don’t give enough time to for those youth to have the courage to carry on and believe that after one, two, three seasons I will be able to deliver in Kotoko”.

At Kotoko, George Abege played just five competitive matches where he failed to score or provide an assist before his contract was eventually terminated this year.