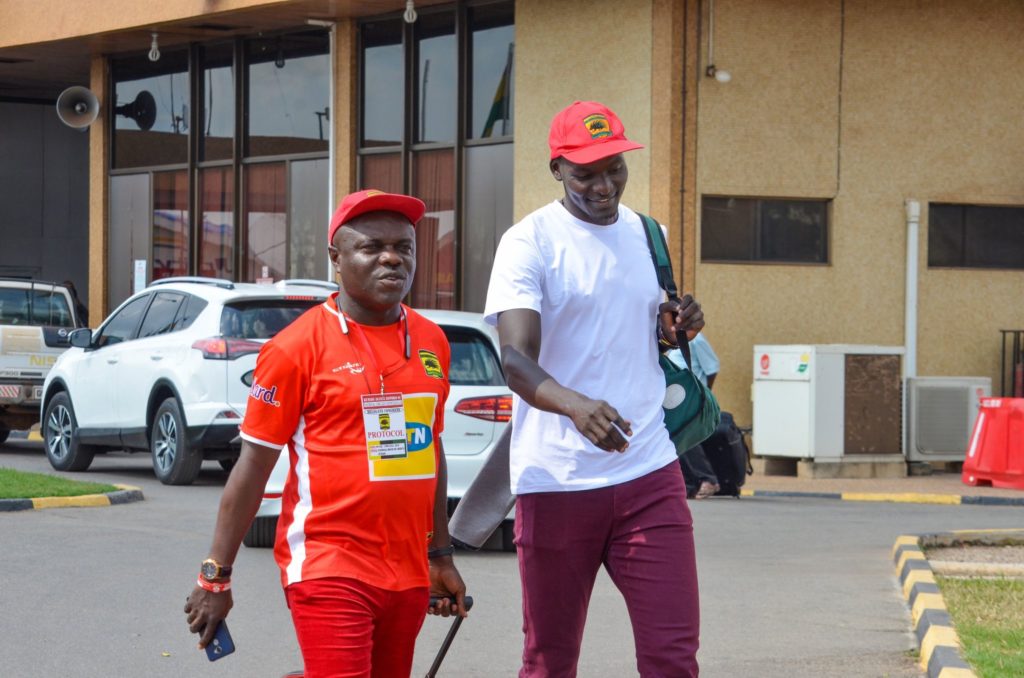 The newest addition of Kumasi Asante Kotoko, George Abege has arrived in Ghana to wrap up his move to the Ghana Premier League giants in order to join his teammates to train for the upcoming season.

Management of the Kumasi based side announced the capture of the Ugandan forward last week following successful negotiations with the handlers of the striker.

Formerly of Kenyan side Kariobangi Sharks, George Abege touched down in Ghana earlier today and is set to complete his two-year deal to the Porcupine Warriors.

He will join the team at the Adako Jachie facility tomorrow where he will immediately start training with the side.

The striker has been signed to strengthen the attack of the Reds as they prepare for the next edition of the CAF Champions League after securing qualification to represent Ghana.

George Abege is one of 10 new players that Kotoko has registered for their campaign in CAF’s top tier competition.