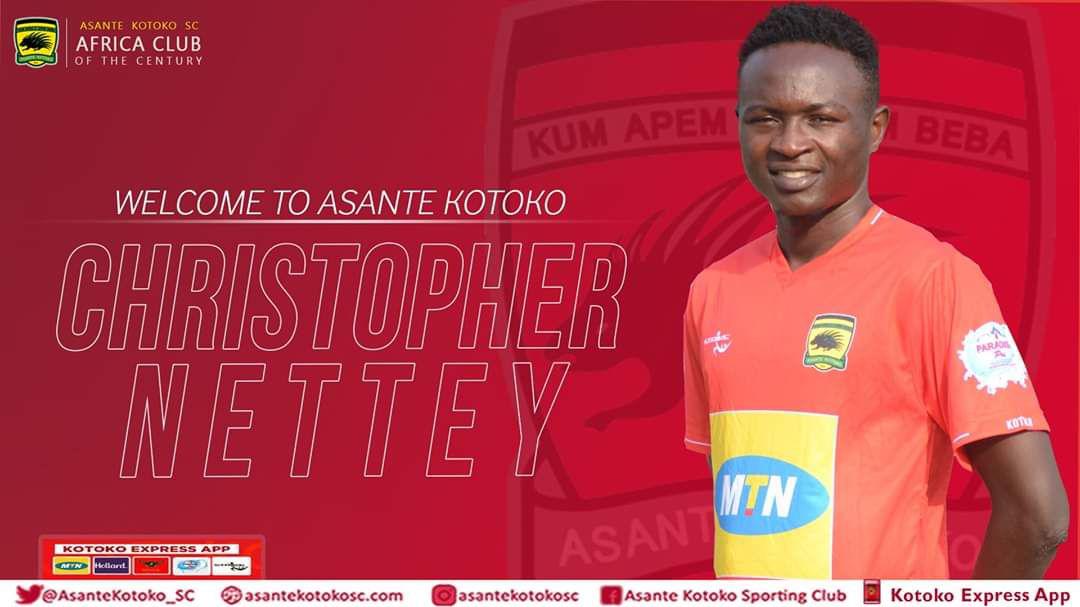 The right-back joined the Porcupine Warriors club on a loan deal in 2019 to give the club a major squad boost.

At the end of the spell, Asante Kotoko made attempts to permanently sign Christopher Nettey but had a problem agreeing a deal with the player’s manager Godwin Attram.

Following several backs and forth, the Kumasi-based club has reportedly finally settled the transfer fee asked for by the representative of Christopher Nettey.

According to sources, Asante Kotoko Chief Executive Officer (CEO) Nana Yaw Amponsah paid an amount of $35,000 to Godwin Attram at the end of the club’s 1-1 draw against Techiman Eleven Wonders on Sunday in the Ghana Premier League.

In line with the latest development, Christopher Nettey is now permanently signed by the Premier League giants.