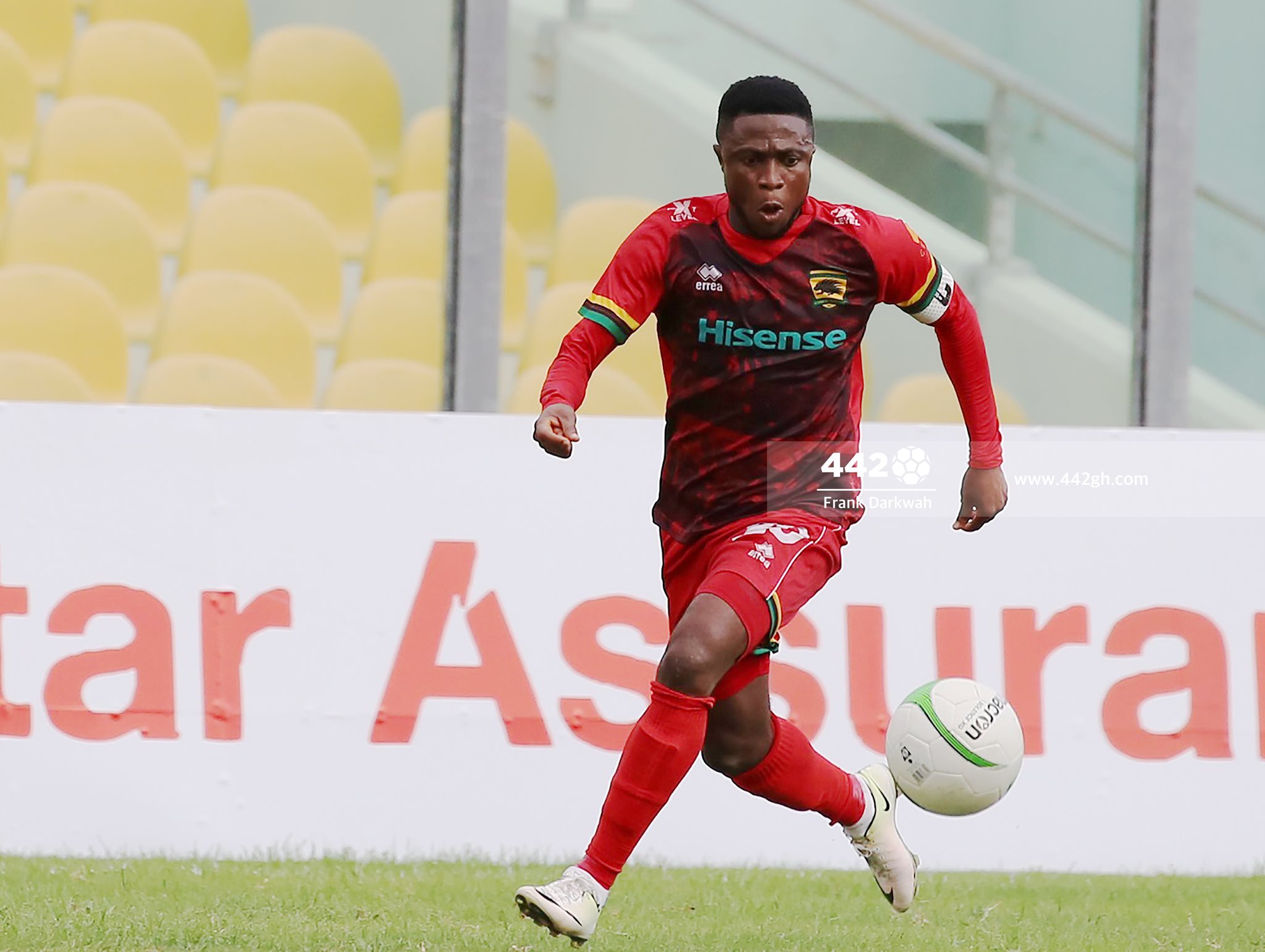 Asante Kotoko captain, Emmanuel Gyamfi, has been slapped with a charge for misconduct for stamping on the foot of Inter Allies forward Andy Akpe.

The 26-year-old winger was captured on camera in the matchday 29 games at the Theatre of Dreams at Dawu stepping on the foot of Akpe during an off-the-ball incident.

In a statement released on Wednesday, the Disciplinary Committee of the Ghana Football Association (GFA), said the winger has been charged for a breach of Article 34(6)(d) of the FA’s regulations.

“Emmanuel Gyamfi: You: on 14th of June 2021, during the match between Inter Allies FC and your team at the Theatre of Dreams, did stamp player number 45 of Inter Allies (Andy Okpe) in an off-ball situation around the 65th minute of the game, an action which in the opinion on the association is an improper and likely to bring the game into disrepute,” the statement said.

Asante Kotoko recorded a 3-2 win on Monday at Dawu to level up points with Hearts of Oak with 53 points.

Gyamfi, Evans Adomako and Andrew Appau got the goals for Kotoko, while Alex Aso and Andy Opke scored the consolation goals for Inter Allies.

Gyamfi is yet to respond to the charge but he risks missing Kotoko’s huge title-decider against Hearts of Oak on matchday 31.

The Porcupine Warriors are scheduled to play against their bitter rivals, Hearts of Oak on June 27, a game that has been touted to decide the winner of the 2020/21 Ghana Premier League.