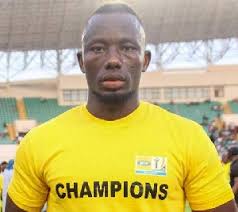 Former Kumasi Asante Kotoko striker, Saddick Adams has disclosed that the club is still owing him some unpaid wages.

The former Black Stars and Obuasi Ashanti Gold forward played two years for the Porcupine Warriors between 2017 and 2019.

During his stay at the club, he was the highest-paid player as he earned GHS2,000 monthly salary.

“Kotoko still Owes me but I have decided to let go that money not because I am rich but it will be time-wasting”, the striker shared.

Saddick Adams enjoyed his time at Asante Kotoko even though it was marred at times by injury setbacks. He can be remembered for his famous hat-trick against Hearts of Oak in the finals of the 2017 MTN FA Cup where the reds lifted the title at the end of the day on the back of a 3-1 win.