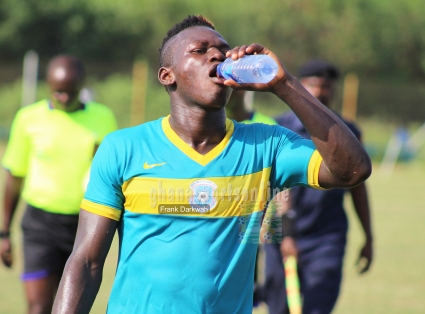 Kumasi Asante Kotoko are set to complete the signing of Wa All Stars striker Richard Arthur this week.

The 22-year-old has been on the radar of the Porcupine Warriors for several months and while there is interest from an unnamed European club, the player has favoured the Kumasi-based giants.

"I have agreed personal terms with Kotoko and will officially sign for them on loan until the end of the season. I will be with them after our game in Accra on Wednesday," Arthur told Otec FM.

"Wa All Stars top hierarchy accepted the offer because I will return after the season since I have an impending deal outside the country. I believe in myself but I have to work very hard to earn a start in the team since there are equally good players around. I don't have to be complacent but rather prove my worth.

"There is no doubt that I will be successful with hard work and determination. Moreover, I have a lot of support to rally behind me to find my feet. Everything will surely be in my best interest," he added.

Arthur will have to compete with Kwame Boateng, Yakubu Mohammed and Abass Mohammed for a starting role should he complete his move.