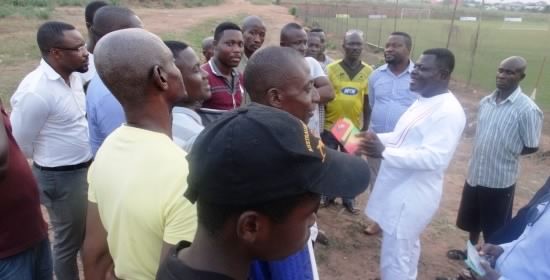 General Manager of Asante Kotoko Dr.Kwame Kyei has promised to construct a new football arena for the Club.

The astute business man as part of his developmental aid for the Club is set to build a modern stadium set to accommodate 20,000 spectators at their current training grounds, Adako Jachie .

According to reports, construction works are expected to begin in the next few weeks and will be completed in three years time.

Kwame Kyei who took over the Club from the Opoku Nti led administration wants to leave a legacy at the Club after his predecessors failed in an attempt to build a stadium for the Club.

The Porcupine Warriors have been using the Baba Yara Sports Stadium as their home venues since the Club was established in 1935.