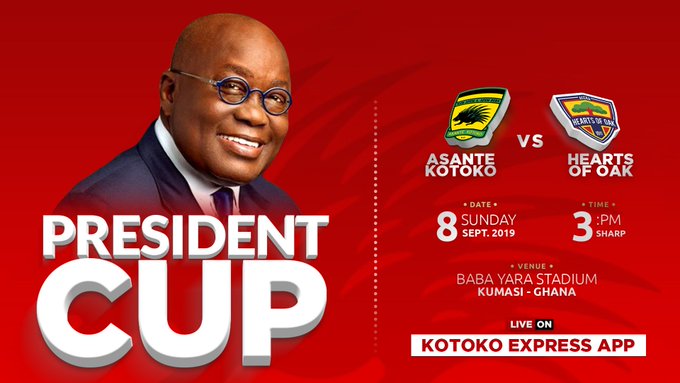 Ahead of the titanic clash between Kumasi Asante Kotoko and Accra Hearts of Oak in the ‘2019 President Cup’, both sets of coaches have named strong starting lineups in hopes of lifting the trophy at the end of the day.

Whiles the Porcupine Warriors will also use the fixture as part of efforts to prepare for their CAF Champions League match against Etoile du Sahel, the Phobians, on the other hand, are keeping their team in good shape in anticipation to the start of the local league.

Below are the starting elevens for both teams with the match set to kick off at 15:30GMT due to some heavy downpour currently being experienced at the Baba Yara Sports Stadium.